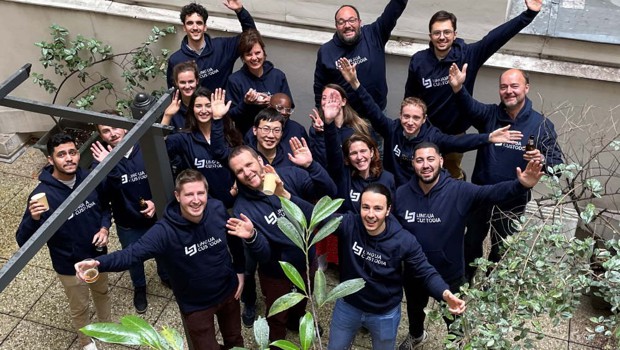 After more than 20 years in international groups (JP Morgan, Axa IM), Olivier Debeugny saw all the assets of VIE (International Volunteering in Business). When the founder of Lingua Custodia, an automatic translation start-up for finance, wanted to open a subsidiary in Luxembourg, using this device was obvious to him.

In 2019, a sales force of four people, including one VIE, set up in the Grand Duchy to prospect banks and financial institutions, potential clients of the platform. An establishment which also corresponded to the creation of a sales team, hitherto outsourced.

For the start-up founded in 2015, which employs 20 employees, the VIE formula has several advantages. Over a period of up to 12 months (renewable), it makes it possible to test a young graduate before integrating him into a permanent contract. The cost is interesting: no more than 25,000 euros over one year in the case of Lingua Custodia. The sum is invoiced by Business France which will, for its part, manage the remuneration of the VIE fixed according to a scale per country.

” We avoid the salary negotiation phase to focus on the profile of the young graduate, ”explains Olivier Debeugny, who appreciates being able to choose between candidates with an international outlook, the best way to avoid casting errors, according to him.

So far, the facts have proven him right: he hired a first VIE on a permanent contract after a year and then a second recruited in the same way the following year. And he has just taken a third which also aims to expand the Luxembourg sales team.

Like a “super trainee”, the young graduate plays the role of “junior salesperson” who will support more experienced colleagues before gaining in skills and autonomy. An approach crowned by Business France with Medef and France’s foreign trade advisers: the start-up is one of the 2021 winners of the “VIE Entreprises Grand Prizes”, an event that highlights successful examples of the use of the device.

Other countries in sight

One of the constraints is that the VIE must absolutely stay based in the country of assignment. If the rule does not pose a problem in the United States or in China, it may be less well lived in a territory as small as Luxembourg. “We could imagine extending the scope of intervention of VIE to at least one neighboring country, such as Belgium,” suggests Olivier Debeugny who nevertheless makes a positive assessment of the approach.

A VIE in support of senior salespeople for clear a market, a winning formula in Luxembourg, the start-up does not rule out duplicating it in other countries, such as the United Kingdom. It also means that parachuting a VIE alone, as some companies do, is not considered because it is unrealistic. “We carry out complex BtoB sales with large financial institutions, argues Olivier Debeugny. To leave them to prospect alone would be to put them in a situation of failure. “