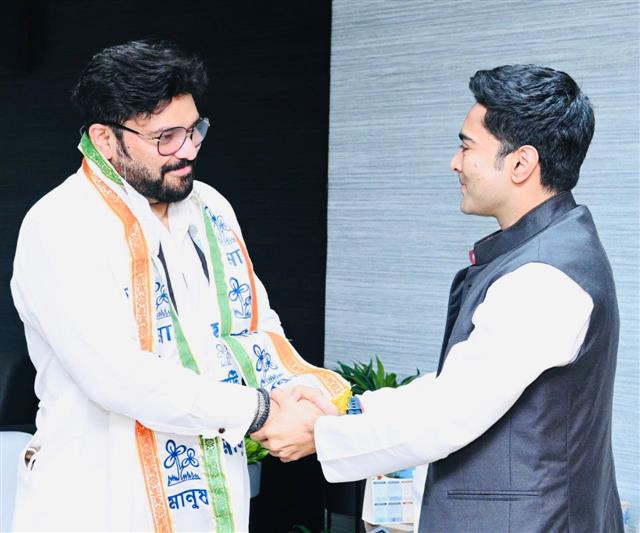 Shortly after joining, former Union minister and BJP MP Babul Supriyo on Saturday said he is extremely excited to be a part of the Mamata Banerjee-led party and will work hard for the development of West Bengal.

Asked if he would quit as BJP MP from Asansol, Supriyo said he will follow the rulebook.

“When I had said two months back that I want to quit politics, I was serious about it. After getting this new opportunity, however, I decided to change my mind.

“I am very excited about joining the TMC. I will work for the development of Bengal,” he stated.

Supriyo also said that he will be meeting West Bengal Chief Minister Mamata Banerjee on Monday.

“I am grateful to Abhishek Banerjee, (TMC national general secretary) and Mamata Banerjee for giving me an opportunity to work for the state.

“I will follow the rulebook; there is no point in holding on to the Asansol seat when I have joined the TMC,” he added.

Last month, Supriyo had announced that he was quitting politics. He was later persuaded against resigning as a Lok Sabha member even as the singer-turned-politician insisted that he would no longer be part of active politics. — With PTI