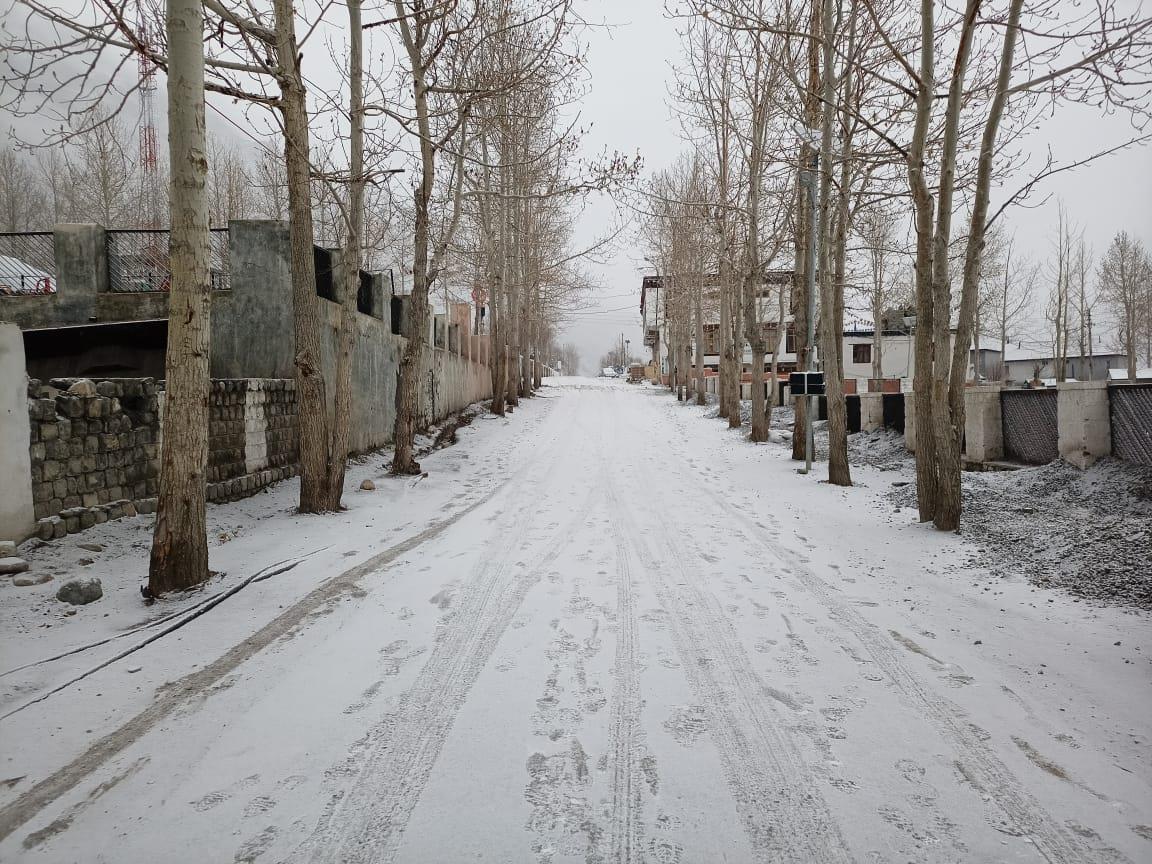 The tribal district of Lahaul and Spiti received fresh snow on Thursday,

According to the area residents, it was snowing in Spiti valley since morning and snow has started to deposit on the roads. However, traffic movement is normal in the region.

The hoteliers are delighted with the snow and are expecting good business during winter.

Hoteliers said that snow is a major attraction for tourists here.

Padma Dorje, a resident of Spiti valley, said that it was snowing since morning in the region, which delighted the farmers as well as hoteliers in this region.

Similarly, the high hills of Lahaul valley have been covered under thick blanket of snow. Snow has been deposited on the road near Darcha in Lahaul and Spiti.

Deputy Commissioner Neeraj Kumar said that people are advised to avoid unnecessary visit to high altitude areas in the district in the next few days as meteorological department had issued warning of snowfall in the region.