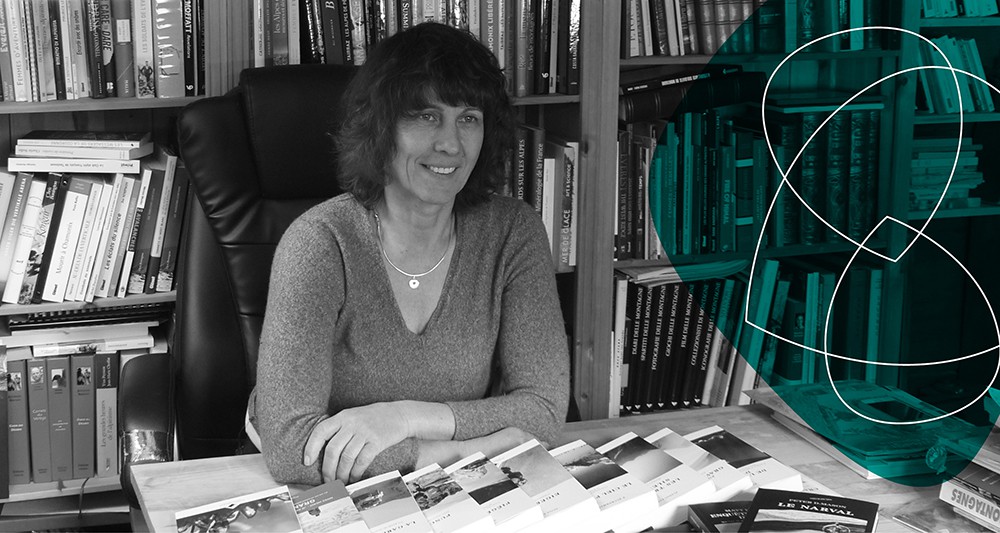 Catherine Destivelle tamed the highest mountains, but it was in Fontainebleau that she discovered rock climbing. Encouraged by her parents, she joined the group of local climbers at the age of twelve. “There were few women, but no one made a difference because I was one”, remembers the climber. With this group, she climbs the biggest routes, in the Verdon, then the Alps. All of this is reversible, that is to say by alternating the role of first and second with his climbing companions. “I started reversible because my friends worked like that. I had also spotted several women who climbed, including Simone Badier, who did reversible and long races. I did not realize until later that women were often relegated to second place. “

From climbing to mountaineering

At the age of twenty, Catherine Destivelle trades her ice axes for a blouse and becomes a physiotherapist. At the time, she did not think of becoming professional, and it is an unexpected project that will put her back on the path to the summits. Robert nicod wants to make a climbing film in the Gorges du Verdon. The young woman accepts and trains for two months to climb the Pichenibule domed. She passed the passage and, in the process, participated in the first climbing competition in Bardonecchia, Italy, which she won. If an accident keeps her away from the mountain for four years, during which she continues the climbing competition, Catherine Destivelle has only one idea in mind once completely recovered from her fracture in the basin: the high mountains. “I wanted to be recognized as a mountaineer, not just a female mountaineer”, she emphasizes.

To achieve this status, she is ready to take on major challenges. In the early 1990s, it tackled the Bonatti pillar, in the Drus, before opening a new route on the west face of this Mont-Blanc massif. In 1992, she made the winter ascent of the north face of the Eiger in 17 hours. “I wanted this to be a first, so I made the ascent on sight, that is to say without prior location. “ A challenge that she subsequently took up Grandes Jorasses and on the north face of Matterhorn and which completes to establish its reputation of peerless climber. She will also go on expeditions to Tibet, Pakistan and even Antarctica, benefiting, throughout her career, from strong interest from the press and the general public. “As I was a woman and my performance was equal to that of men, I was favored in the media and over the sponsors”, note the one that was awarded in September by the Piolet d’Or for his entire career.

In 2014, Catherine Destivelle embarked on the entrepreneurial adventure with Mont-Blanc Editions, dedicated to his discipline of heart. While rubbing shoulders with this new world, she discovers more similarities than expected with mountaineering. “In both cases, we need the skills of others, to surround ourselves with strong, passionate people who are ready to help us. “ It is near Glénat, who agrees to distribute it, that it finds a first support, but also with theAuvergne-Rhône-Alpes Book and Reading association, which brings together many publishers from the region. Since the creation of her house, she has published 72 books, including beautiful books, children’s books and foreign stories, translated into French. Without giving up the exercise: “To keep up with the pace, I work like a top athlete. I pay attention to what I eat, what I drink, how I sleep. And I play sports, she adds with a smile. It makes me more productive! “