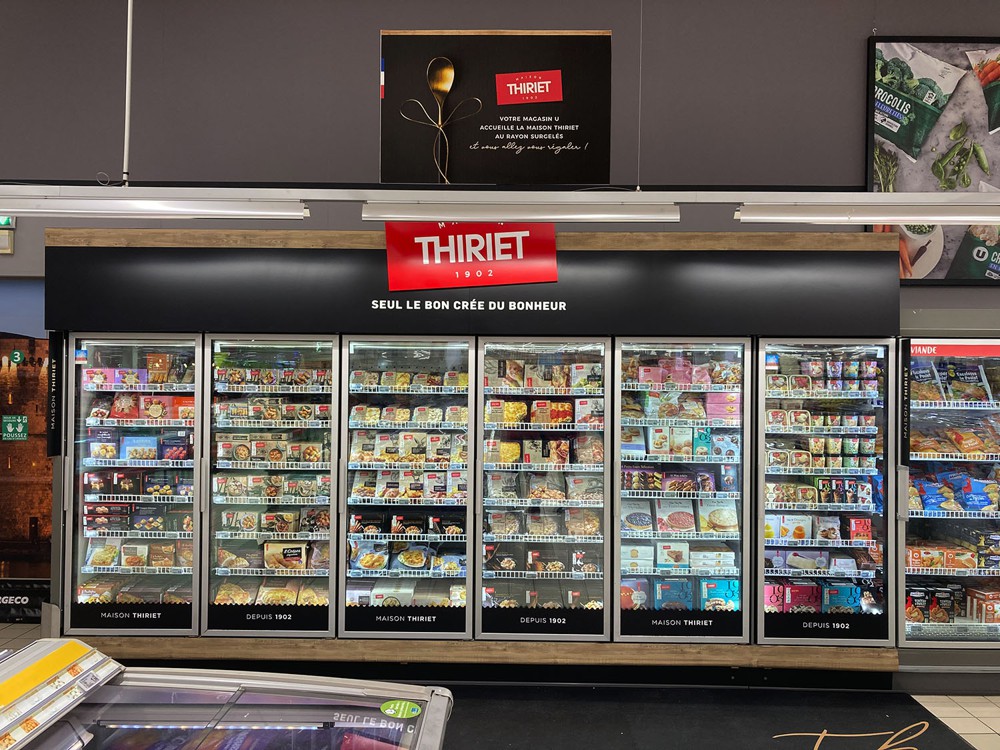 While Advent calendars are now part of the year-end landscape, they usually don’t keep in the freezer. The one launched by Maison Thiriet is an exception to the rule. Fun, it allows you to discover 24 flavors of ice cream and sorbets from the frozen food brand.

This unprecedented release, highlighted by advertising, is part of the family business’s strategy to forge an image of innovation, play the “premium” card while remaining accessible and emerge more. Like before, the release of an ice cream pie or the Valentine’s Day “box to love” which offers a turnkey solution from aperitif to dessert.

A tactic that pays off. After one 30% increase in turnover in 2020, increased to 800 million euros during a year marked by strict confinement and a tendency to stockpile, it still expects a 4 to 5% increase in its sales in 2021. “We were able to retain customers who have brought us discovered during the emergence of the Covid. Our desire is to stand out and display our modernity, ”observes Christiane Bertoncini, CEO of Maison Thiriet.

The model, very omnichannel with a large home delivery component throughout France, existing for a long time via orders by telephone in particular, carried the company. Just like the possibility of “click and collect” since 2009. 10 to 12% of turnover is made on the Internet, a proportion much higher than that of its great rival, Picard.

But to consolidate its development, the distributor, born in the Vosges in 1902, is stepping up to find its products easily. In addition to its 190 or so stores, which are entirely owned, there is a growing presence in supermarkets through a “shop in shop” equipped with large dedicated refrigerated cabinets. One way to improve the mesh. The brand is indeed under-represented in the West, North or South-West.

The brand thus arrives by the end of the year in more than one twenty Hyper and Super U stores. “With Système U, we give ourselves six months to study what that gives before considering a development. The first signs are encouraging, ”says Christiane Bertoncini.

This presence is in addition to that already effective since 2014 in Monoprix points of sale. A around a hundred additional corners are scheduled for 2022.

Maison Thiriet is not only relying on supermarkets to gain momentum. It is also deploying its “Food Place” concept, with around fifteen additional addresses in sight. In this set of shops, its point of sale plays a key role, of course, and frozen food storage with lockers are available 24 hours a day.

But he is surrounded by a dozen other food shops, from the fishmonger to the cheese maker or baker. A way of recreating the shape of a hall, each time with local players.

As for the assortment, the company, of which more than 87% of the products are made in France (a good part in its own workshops), has increased its references from 1,200 five years ago to 1,800 today. It highlights on its packaging the signs of quality as the origins. It also works on sectors, particularly in raspberries.

The brand has also just launched on its site theoption “I order to offer “. “We also want to be pioneers in terms of service,” emphasizes Christiane Bertoncini. Average baskets are higher than expected. This gift component arrives in time to prepare for the New Years Eve of loved ones.

Note: the brand’s identity is signed by designer Raymond Loewy, who created iconic logos for many brands. The lettering he created in 1972, in which the company then invested six months of results, has recently been put forward.