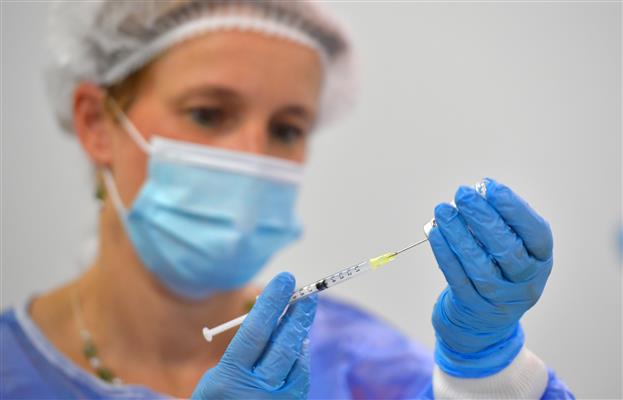 The G20 summit at Rome on Sunday issued a declaration agreeing on mutual recognition of vaccines, strengthening the WHO to give faster approvals to vaccines and suspending debt servicing for developing countries to December 31, 2021.

The Rome communiqué, announced after protracted negotiations that lasted through Saturday, measures up to India’s expectations by incorporating PM Narendra Modi’s approach on all these issues as well as on climate change and sustainable development, said India’s G20 Sherpa and Union Minister Piyush Goel at a wrap -up press conference in Rome on Sunday.

Recognizing the difficulties being faced in international travel, the G20 sought to send a strong message on the issue by agreeing that Covid immunization is a global public good and recognition of Covid vaccines deemed to be safe by WHO will be mutually accepted subject to national and privacy laws .

“It was also agreed that everyone will help to optimize the procedure of vaccine approval and emergency use authorization by the WHO which will be strengthened so that it does the recognition of vaccines faster,” said Goel.

The world leaders also said they were looking forward to India hosting the G20 summit in 2023, he added.

In Glasgow, PM Modi will hold talks with UK PM Boris Johnson, thus continuing with a series of bilaterals he held in Rome.

Before leaving Rome on Sunday, the PM had a meeting with his Spanish counterpart Sanchez Castejon to deepen in areas such as trade, energy and innovation. Late on Saturday, PM Modi met the French President Emmanuel Macron to step up Indo-Pacific ties. He also met his Singapore counterpart Lee Hsien Loong with the talks focusing on “trade, culture and other subjects”, said PM Modi in a tweet.

“I took part in the various sessions, participated in bilateral meetings and also met several leaders on the sidelines of the summit deliberations. It is important nations work together to further global good,” he said before departing for Glasgow.

External Affairs Minister S Jaishankar also held a number of bilaterals in Rome, chief among them being his meeting with US Secretary of State Antony Blinken during which they discussed efforts to strengthen Indo-Pacific cooperation through the Quad and expanding global access to vaccines and elevating climate ambition at COP26, said a US readout.

The main event is the World Leaders’ Summit (WLS) of COP26 being attended by over 120 leaders where they will deliver their respective national statements about their respective climate action plans.