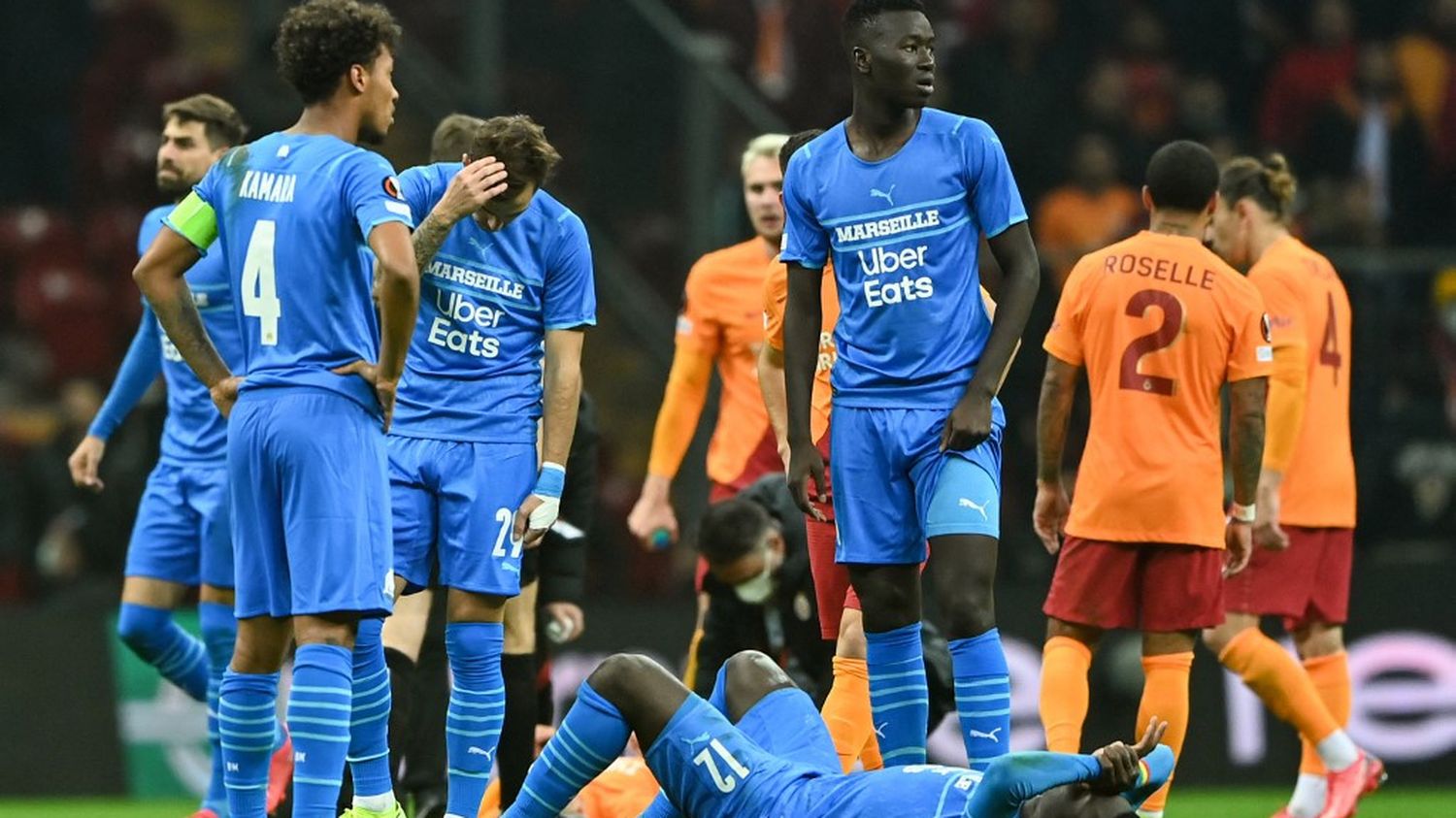 At the time of challenging Galatasaray in its volcanic stadium, OM had never won a European match in Turkey in five trips. And the sixth, Thursday, November 25, was wrong. Far from their public, forbidden to travel, the Marseillais suffered the assaults of Galatasaray, once again showing a fatal lack of realism in the face of clinical Turks. Their defeat 4 goals to 2 combined with the victory of Lazio Rome against Lokomotiv Moscow (3-0) buries the hopes of Olympians in this Europa League. Even if OM can still be transferred to the Europa League Conference.

Deprived of his mæstros Payet and Ünder at kick-off, Jorge Sampaoli had to compose for this trip to hostile soil, four days after the match stopped in Lyon. Among the choices of the Marseille conductor, the classic tenure of Luan Peres to the left of the defense. Problem: the Brazilian defender returned a very bad score, multiplying the wrong notes, always out of time. And if he sounded the Marseille revolt by shooting a funny shot on the post (19th), he was especially caught in the back on the first two goals of Galatasaray after having been warned by an overflow from Sofiane Feghouli. The Algerian then centered towards Diagne, who stumbled on the bar.

But Feghouli came back on this weak side, and, on a loss of ball from Kamara, he shifted Cicaldau behind Peres’ back. Alone in the world, the Romanian had plenty of time to adjust Pau Lopez (1-0, 11th). Visibly comfortable in the Luan Peres area, the striker then turned into a decisive passer by centering hard in the legs of Caleta-Car, who got tangled up in his brushes before deceiving his own goalkeeper (19th). Definitely in a bad evening, Luan Peres will still let Feghouli slip away in the second half for the third Turkish goal, that of the knockout. (3-0, 63rd). A bad evening for Luan Peres, whose mistakes have plagued the Marseillais, however far from being catastrophic in Istanbul.

If we trust the scoreboard (4-2 final score, after a goal from Ryan Babel and an unnecessary double from Milik), OM were slapped by Galatasaray. But in fact, the bill is a bit steep. Clumsy since the start of this European campaign, the Marseillais can once again feed regrets. Because, as in the first four games, they had several opportunities to turn the evening in their favor. And if the Phocaeans have less mastered the meeting than in previous outings, they could have brought something back from Istanbul. For that, it would have taken a zest of offensive success, like Bamba Dieng.

1 – Marseille have won only one of their last 19 matches on the European stage (5 draws, 13 defeats), it was on December 1, 2020 against Olympiakos in the Champions League group stage (2- 1). Eliminated. #GALOM pic.twitter.com/4AO0Hs2k9d

At 21, the Senegalese moved heaven and earth. But he fished in front of goal, first with his head (22nd, 36th), before seeing his missile pushed back on the bar by the fingertips of Muslera (41st). Back from the locker room, Bamba Dieng managed to erase the opposing goalkeeper, but was unable to straighten his shot afterwards. And no one will come to blame the young Marseille, so much he was the only one in sight in Istanbul. Yet it was Arkadiusz Milik who scored a late double (including a penalty obtained by Dieng) to save appearances.

But not enough to pass the pill for OM. Because if losing in the Galatasaray volcano is nothing to be ashamed of, being eliminated from the Europa League after having flown over the matches as the Marseillais did in this campaign is difficult to imagine. It is, however, the case. A draw against Lokomotiv Moscow will however be enough for the Olympians to be transferred to the Europa League Conference. And, perhaps, to become forever the first to win this new European Cup.