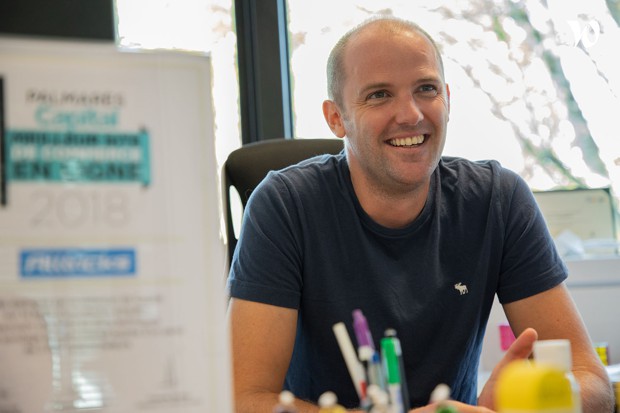 Before the adrenaline rush of entrepreneurship, Gary Anssens, founder of Alltricks, experienced the thrill of mountain biking competitions. But at 20, it was an accident. With a damaged spine, the young daredevil remains bedridden for three months without moving, then begins a long rehabilitation of one year.

A year 2003 that he nevertheless uses to learn computer science: he is passionate about a stammering e-commerce. “At the end of the day, I gave computer lessons to the elderly people I met in the rehabilitation center”, he recalls, with a laughing eye. Even less physically, he returned to the family home in Yvelines, from where he launched, bac in his pocket, his first box: a site for the sale of refurbished high-tech products.

Gary Anssens does everything solo: from sourcing merchandise to selling on eBay to customer support. The products are stored in the garage. “A fast-track business school”, sums up this son of a freelance graphic designer and psychologist.

A year later, the former sportsman is on the move and switches, still alone, to a new activity: the online sale of spare parts for motorcycles and scooters imported from Asia. In a few months, it reaches 1 million euros in turnover. Then set up its own offices, recruited staff before merging with one of its suppliers.

It is also the time when this fan of cycling gets back in the saddle, “Which was far from being gained by leaving the hospital”, he said. Disappointed with the cycling equipment available, he sells his company shares to also create dry Alltricks, dedicated to the online sale of bicycle equipment.

Back in the family garage where in front of his screen, he negotiates purchases and begins marketing on eBay. Based on a large offer at competitive prices, the fully self-financing platform, exceeds 3 million turnover after three years. “Gary has the intuition to seize opportunities at the right time. And once started, it goes 200%, like he did when he was younger on his mountain bike ”, testifies Yohan Michel, Marketing Director of Alltricks.

However, at the beginning of the 2010s, commerce on the Internet did not yet make the banks dream. Also, when, in 2012, the Partech fund offers him 2 million euros, he said “Banco! “Other investors, like the family-office Halley, will later contribute to the growth of the tricolor e-merchant. [[580318]]

The founder keeps a significant part, the sports brand committing to leave him a large autonomy. In 2020, despite very disrupted logistics, the platform, boosted by the boom in bicycle travel, achieved 60% growth to € 132 million in business volume. Development projects are legion, including in physical retail: Alltricks plans to increase from three to eight stores by the end of 2021.

At the office, too, the 37-year-old entrepreneur, easy to approach, is attached to close relationships and these harmless exchanges that create a team atmosphere. “In teleworking, I am a little unhappy”, quips this autodidact, eager for stimulating encounters. Mathieu Cecchini, a long-time friend, assures us: “In high school, he was the only one to have relationships with teachers. He gives of his time and thrives on contact with others. “

Without stopping on the breach, this father of four has established a ritual to breathe: go alone one weekend per quarter by the sea. On the program: naps, cycling, walks and podcasts. The opportunity to develop new projects, such as Troc Vélo. [[580316]]Gary Anssens already had tested the niche internally, but without much success: “Either we stopped the experiment, or we bought Troc Vélo, a company that we had already approached”, he specifies. His persistence paid off.