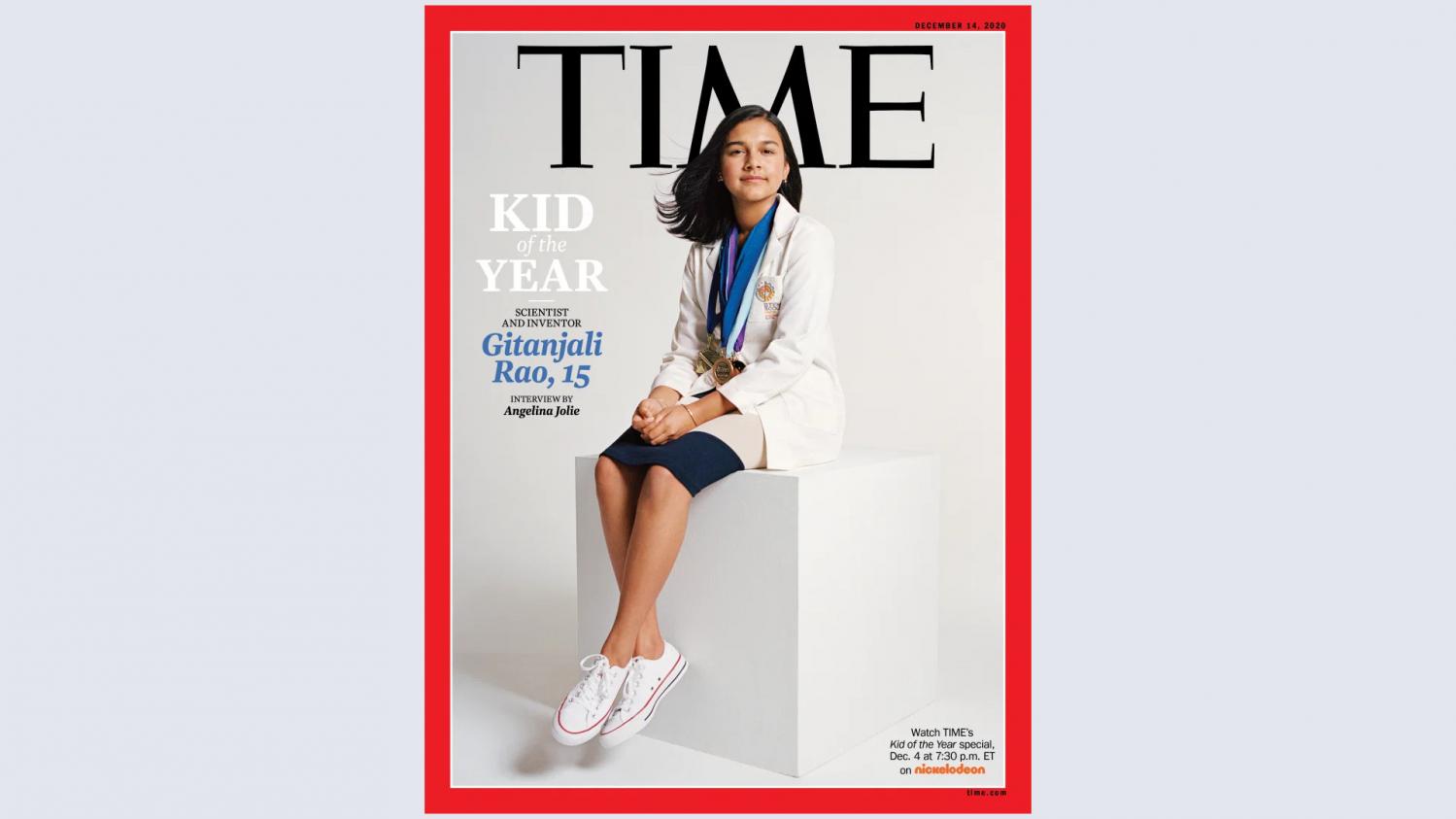 Since 1927, every year, in December, the American weekly Time names his personality of the year. And, for the first time, the title is awarded to a child. A “Kid of the year”, as the cover says, called Gitanjali Rao. She is 15, is an American Indian and poses alone on the front page, head held high and chin raised, wearing her white coat and the half-dozen medals she received for her scientific work. “My motto, she said in the interview posted online by Time, it is to observe, to think, to seek, to construct and to communicate “.

She therefore describes her ingenious finds. For example, a small box fitted with carbon sensors to find out if the tap water is contaminated with lead. Or this Google Chrome extension that she created to fight against online harassment: before posting a comment, just type it in the search bar to find out if it is offensive, hurtful, why and to see yourself propose alternatives. At the same time, she has also written a book, holds conferences and teaches other children.

Legitimate question: how do you get there at 15? “It’s thanks to my uncle, she says. When I was 5 he gave me a chemistry play kit, I opened it and did it all in one day. “Other passions were quickly added to chemistry: biology, physics, electronics. All this with the intense parental support of a wealthy family: multiple trips to China, Egypt, Greece, India, Japan, fencing lessons. and pastry. “But the key, she says, motivation is curiosity. “

I do not resemble the idea that we have of the scientist, generally, they are men, old, often white. My goal is to inspire other young people to do like me, to give them a role model.

Gitanjali Rao speaks strangely well, as if she already has a doctorate and a background in communication. She is a special, rare child, a bit like those young acrobats who make fantastic figures by twisting endlessly. It amazes us, us adults. We can’t get over it. There it is the same, just see the enchanted reactions on social networks to realize it. Perhaps because it represents everything that a part of the adults would want for the next generation: inventiveness, curiosity, temerity, kindness too. Time makes him carry all this, this ideal of openness, as a wish for the year to come. Positive, nothing but positive. So seen like that, given all the hope that is weighed on his shoulders, yes, Gitanjali Rao deserves a star.