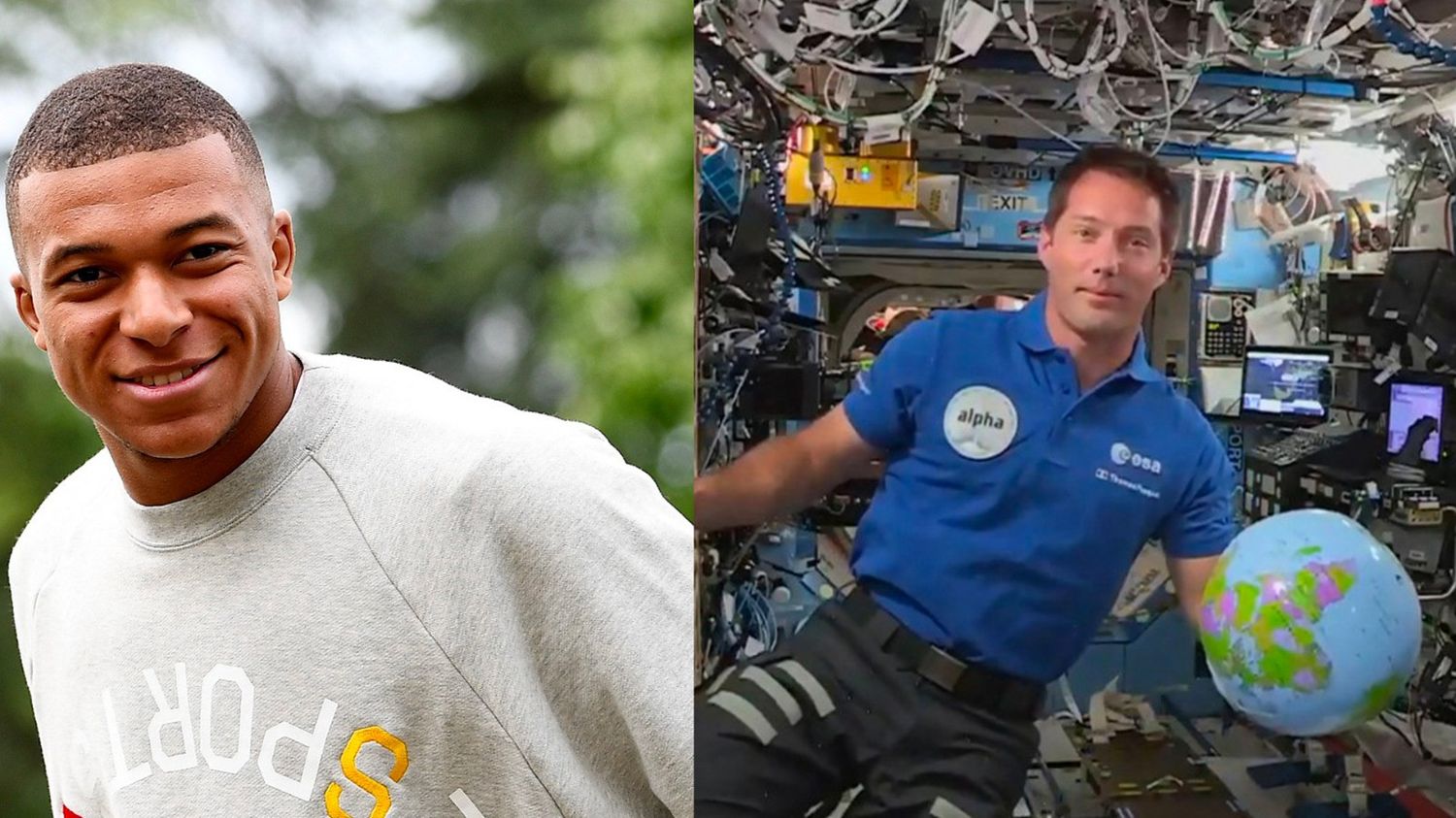 The two stars, one from space and the other from football fields, chatted via videoconference for a few minutes on Monday.

A pass between two stars. Astronaut Thomas Pesquet, currently on a mission in the International Space Station, and footballer Kylian Mbappé, who is preparing to defend the colors of France during the Euro (June 11 – July 11), exchanged by videoconference for a few minutes, Monday June 7. UEFA then posted a video of parts of that conversation on Twitter.

‍ What happened when @esa astronaut @Thom_astro caught up with France superstar @KMbappe from space?

Take a look at this galactic meeting now! # EURO2020 #UEFAtv

The astronaut received the attacker from a distance in the ISS Columbus laboratory, where he made “the most of [s]scientific experiments “, soccer ball in hand. “It’s crazy looking at the pictures! I can’t believe my eyes. It’s the first time I’ve seen this and I’m really blown away, I have a bunch of questions“, began Kylian Mbappé, asking Thomas Pesquet about his sensations in space and the experiments carried out on board the ISS. Assuring that the team was working on “medicine, physiology and stem cells”, the astronaut slipped to him: “Weightless football is not great (…), I don’t know if you would be very happy here”.

The two also discussed the parallels between their two professions, a “dream” which requires a lot of “job”. Finally, Thomas Pesquet wished “good luck” to his younger brother, who trains at Clairefontaine before the Euro. “Make us proud, I try to do my job to give a good image of France and I know you too!”, launched the astronaut.