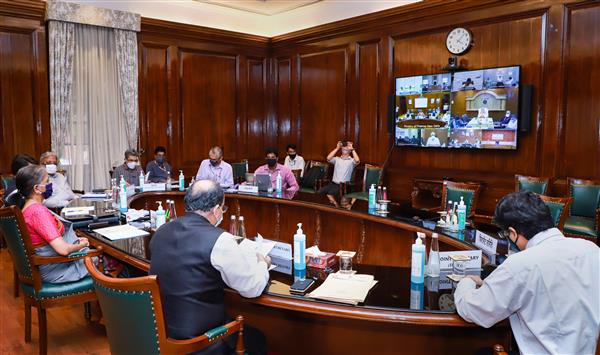 Days after the Finance Ministers of Punjab and West Bengal had questioned the center for not convening the GST Council for over six months, Union Finance Minister Nirmala Sitharaman said on Saturday that its next meeting will be held on May 28.

Earlier this month, Punjab Finance Minister Manpreet Badal had raised concerns about the center taking unilateral decisions on subjects that come under the purview of the GST Council.

Punjab wants the GST Council to discuss whether GST should be exempted on Covid related items as well as giving relief to most-impacted sectors such as aviation, hotels, commercial reality and retail.

State Finance Ministers are likely to seek additional compensation due to the frequent lockdowns and disruptions following the second Covid wave.

This was indicated by West Bengal FM Amit Mitra. Seconding Badal’s call for a GST Council meeting to discuss enhanced compensation to states, Mitra had said the GST shortfall was expected to be Rs 1.56 lakh crore in 2021-22, without taking into consideration the impact of Covid Wave-2. “Now due to Covid wave-2 and lockdowns, the compensation will be much higher than what was earlier projected,” he wrote in the letter to Sitharaman earlier this week.

Questioning the Government for not holding any meeting of the GST Council for the last six months, badal had said rule-making by officers has led to the harassment of law-abiding businessmen who may not have indulged in any misdemeanor at their end.

The Punjab Finance Minister has also sought transparency in GST data which gives little information whether the revenue inflow during a month relates mostly to the preceding month or are arrears.

“I’m informed it is difficult to repair a bad tax system if not done in the formative years. The promise of assured compensation does provide a ready catalyst for such a mid-course correction for some more time, ”he wrote to Sitharaman.