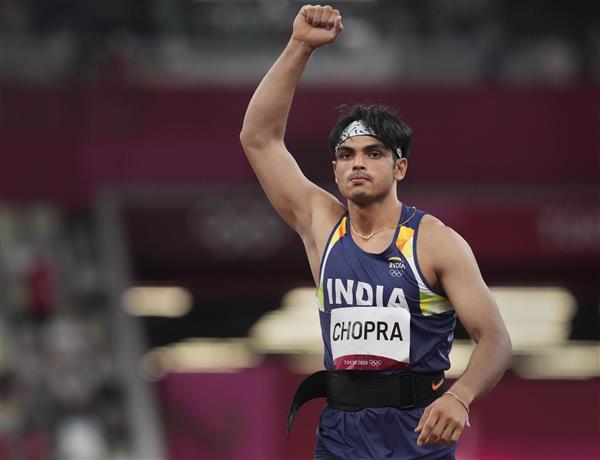 Cash rewards to the tune of Rs 9 crore poured in for star javelin thrower Neeraj Chopra, who on Saturday won India’s first ever track-and-field Olympic medal with a gold-medal winning feat at Tokyo Games.

The BCCI also announced that Rs 1 crore has been reserved for Chopra, who produced a second round throw of 87.58m in the finals to stun the athletics world and end India’s 100-year wait for a track and field medal in the Olympics.

Khattar also announced that Chopra will be made head of the upcoming Center for Excellence in Athletics in Panchkula.

“As per our sports policy, Neeraj Chopra will get a cash reward of Rs six crore, a Class-I job and a piece of plot of land at concessional rates,” said Khattar.

Singh also recognized the stupendous achievement of Chopra and announced a special cash reward of Rs 2 crore in an official statement.

On Saturday, Chopra, who hails from Khandra village in Panepat district, won the country’s seventh medal, barely an hour after wrestler Bajrang Punia from Sonepat had won a bronze medal.

Earlier, wrestler Ravi Dahiya had also made the country and Haryana proud by winning an Olympic silver medal.

Congratulating Chopra and other medal winners, Khattar said: “Today is a golden day in the chapter of our sports history. It is a big achievement for the country our athletes have made us proud. People of Haryana and the country are happy today at the feat of our sportspersons,” Khattar said.

The Chief Minister said that a grand felicitation function will be held in Panchkula On August 13, in which the players from the state who took part in the Tokyo Olympics will be honored.

“Haryana’s contribution in medal tally is significant. We have 30 players from Haryana in the country’s Olympics contingent.” He spoke to the parents of Chopra and Punia on Saturday and congratulated them.

In Panchkula, Khattar said the state government is setting up a Center for Excellence for Athletics and Chopra will be made its head.

“Panipat is his native place and Panchkula is the city where he honed his skills,” he said.

Earlier, he had announced an indoor wrestling stadiums in native village of wrestlers Ravi Dahiya and Bajrang Punia in Sonipat and Jhajjar districts, respectively.

“We have made several announcements to encourage other talented players. We want to make Haryana the biggest sports hub,” said Khattar.

For his bronze medal winning effort, as per the state’s sports policy, Punia will get a cash reward of Rs 2.5 crore, a piece of plot at concessional rates and a state government job.

Earlier, Khattar had praised Dahiya for his effort after he became only the second Indian wrestler to win a silver medal at the Olympics.

Dahiya will get Rs 4 crore prize money, Class-I job and a piece of land of Haryana Shahari Vikas Pradhikaran at concessional rates as per state government’s policy for winning silver at the Olympics.

The Haryana government will also honor the nine history-making women’s hockey players of the state with cash reward of Rs 50 lakh each, while an equal amount would be given to each sportsperson of the state who stood at the fourth position in any event in the Olympics. PTI