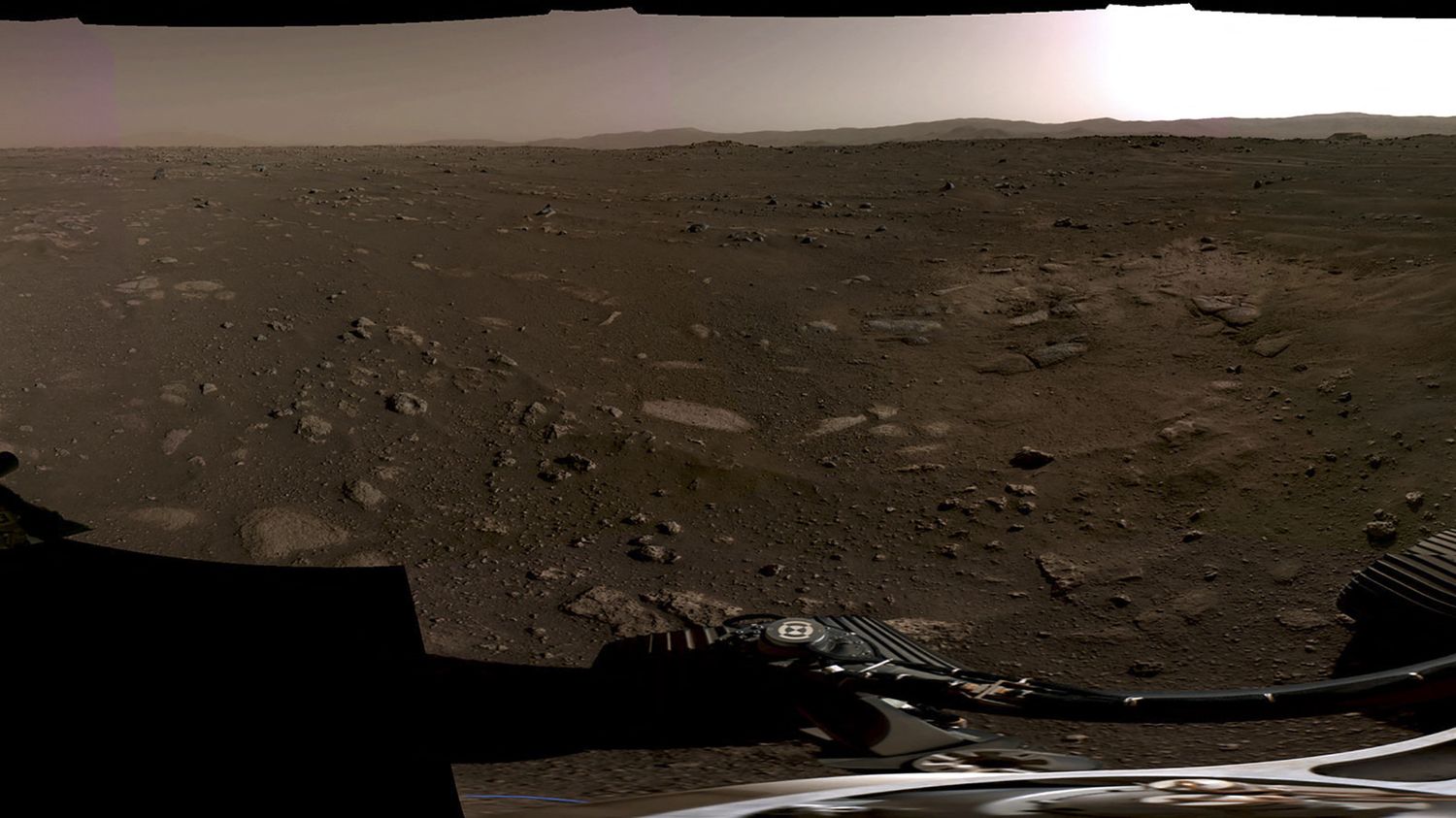 If you are feeling overwhelmed by the amount of visual content @NASAPersevere has captured, take a breath and enjoy what it would sound like to sit on the surface of Mars with the rover: pic.twitter.com/ZclPsAVIMd

Now that you’ve seen Mars, hear it. Grab some headphones and listen to the first sounds captured by one of my microphones. https://t.co/JswvAWC2IP#CountdownToMars

A little earlier, the American agency had unveiled a spectacular video of the landing of Perseverance, the first of its kind since the arrival of the rover.

Your front-row seat to my Mars landing is here. Watch how we did it.#CountdownToMars pic.twitter.com/Avv13dSVmQ

Just over three minutes long, the published video reveals the images of several cameras located in different places on the module, after it entered the Martian atmosphere. One shows the deployment of the supersonic parachute, another, located under the rover, the Martian soil approaching, and two other views show the rover gradually deposited on the ground, suspended by three cables.

“This is the first time that we have been able to capture an event such as a landing on Mars”, Michael Watkins, director of the Jet Propulsion Laboratory where the rover was built, told a press conference. “It’s really fantastic.”

“These images and videos are what we have dreamed of for years”, added Allen Chen, who was in charge of the landing for NASA. They will be used by NASA teams to better understand what happens during such a landing.

The rover was protected by a heat shield as it entered the atmosphere at a speed of 20,000 km / h. We can also see this shield dropped on the surface of Mars on the video. Eight retro-rockets then finished slowing the vehicle, and Martian dust can be seen propelled under their effect. The cameras are standard commercial cameras, which have been added without being connected to the rover’s system so as not to disturb it. The landing maneuver was perilous and the site chosen, the crater of Jezero, the most risky ever attempted, because of its relief.

For the first time, the US space agency’s “Mars 2020” mission has the explicit goal of finding traces of ancient life on the red planet, by collecting up to thirty rock samples over several years. The sealed tubes will then have to be brought back to Earth by a future mission, in the 2030s, in order to be analyzed.