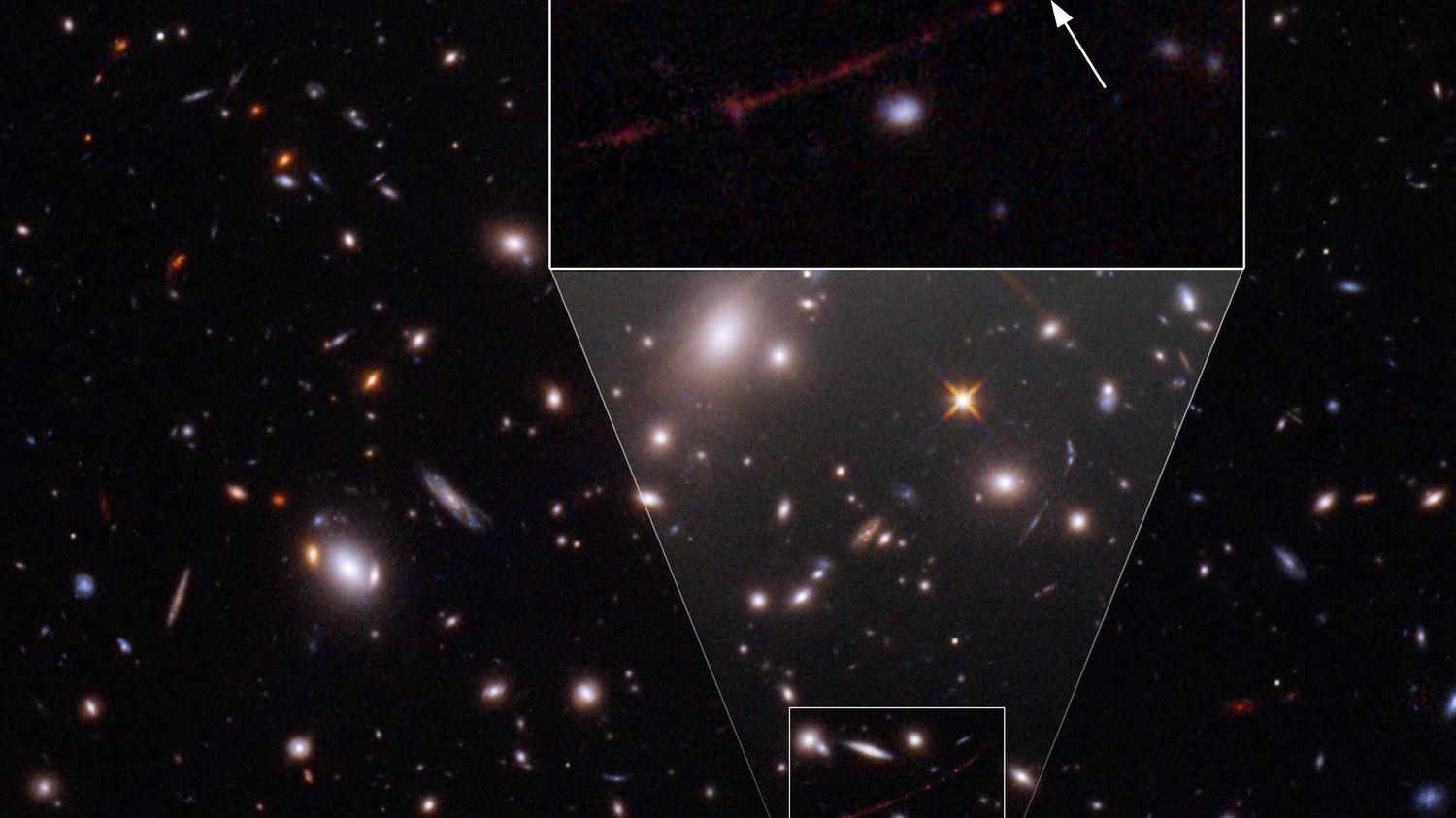 The mass of this star baptized Earendel would be 50 times that of the Sun.

The Hubble Space Telescope has detected the most distant star ever observed. It was called Earendel and its light traveled for 12.9 billion years to reach us. Rivaling the largest known stars, scientists estimate its mass to be at least 50 times that of our Sun and millions of times brighter than it.

The star holding the previous record was also observed by Hubble in 2018. But the latter existed in a universe then 4 billion years old, compared to only about 900 million years after the Big Bang for Earendel, according to Researchers.

“At first, we hardly believed it”, said in a press release the main author of this work, Brian Welch, of Johns-Hopkins University in Baltimore, United States. It was he who had the privilege of naming this star: Earendel means “morning Star” in old English.

This star will thus be a prime target for the new James Webb Space Telescope, currently being calibrated in space. James Webb will observe this new star this year, said in a press release the European Space Agency (ESA), which operates the telescope with NASA.