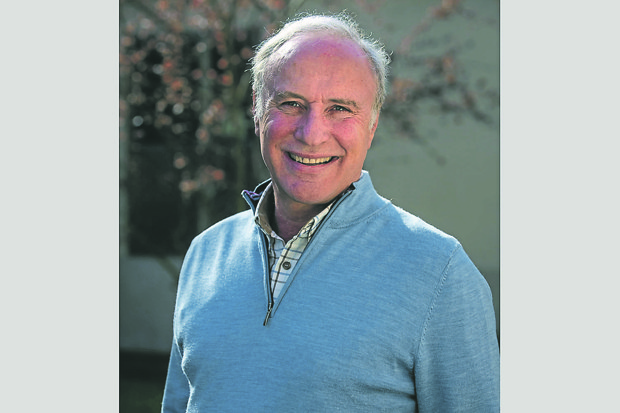 While the Egalim 2 bill, which aims to improve the remuneration of farmers, is about to be debated in the Senate, Hugues Triballat is continuing his tripartite discussions. At 63, the president of Dairies H. Triballat Rians is looking – with milk producers, distributors and agro-food players specializing in processing, like him – for a solution to limit the rise in costs.

Also on its agenda, the resumption of the “food service” activity, or sale to the catering sector, which must be gradually reorganized after the interruptions imposed by the series of confinements of the health crisis.

Great-grandson of a miller and cheese maker

Hugues Triballat is the representative of the fourth generation of the founding family of Laiteries H. Triballat Rians – who are celebrating their 120th birthday this year. It carries an ambitious CSR approach. Called “LFE”, for “committed family dairy”, this program covers both reduction of the environmental footprint than on the promotion of sustainable breeding. “ Like everything we do, we do it with sincerity, specifies this discreet, modest man, and little fond of media exposure. For example, our partnership with 450 milk producers in favor of sustainable agricultural practices commits us for the next seven years. “

More comfortable to talk “The collective, the brand and its products”, he willingly unfolds the history of this company born in 1901 in the eponymous village of Rians, in the heart of the Cher. “My great-grandfather was a miller, while my great-grandmother sold cheeses made from the milk of his own cows. “

This modest farm became a dairy when his grandfather took over. But World War II forced the family to “start from scratch”. “My father started up again at the dawn of the 1950s, by diversifying the clientele with Parisian dairymen, then via supermarkets and exports”, details this graduate of the National School of Agronomy and Food Industries (Ensaia), also holder of an MBA from Laval University, in Canada.

Although “Very attached to the company”, this great sports enthusiast, including cycling, skiing and swimming, started in “Rubbing shoulders with requirements” other organizations, first in management control within a Swiss company, then at the head of a food products SME. In 1990, due to “What is a general direction”, Hugues Triballat joined the family business before taking the presidency six years later.

“The transmission took place in perfect harmony with my father. Likewise, I consider that the pursuit of this ensemble must be a choice of life, and therefore not an imposed decision ”, underlines this father of three children, one of whom sits on the supervisory board and two are employees of Laiteries H. Triballat Rians.

Defending himself from any dynastic approach, he adds that the company – with 1,500 employees for 300 million euros in turnover – is based on 100% family shareholders. And this lover of the United States, whom he discovered during a school exchange with a Michigan family, added that, when the company, historically specialized in faisselle then in cheese with designation of origin (Picodon , crottin de Chavignol, Epoisses …), has diversified into desserts, it is his younger sister’s crème brûlée recipe that has been followed to the letter.

“He found the balance between the traditional dimension of his company and the modernity demanded by an economic world in perpetual motion”, gauge Jean-Luc Bélingard, former CEO of bioMérieux, now vice-president of Institut Mérieux, who supported him within the framework of a sponsorship of bpifrance business leaders. He never asserts his ideas, but confronts his thoughts with a strong concern for humility. “ Thoughts that Hugues Triballat is maturing, he says, especially during “Long walks which have the virtue of serving as a cement for scattered reflections”.