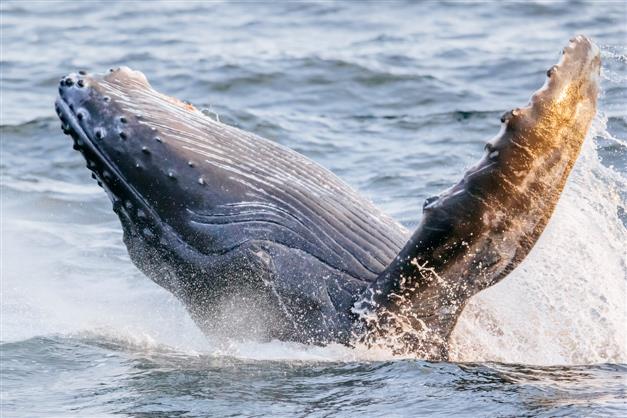 The story of a commercial lobsterman being swallowed whole by a humpback whale off the coast of Cape Cod, Massachusetts has gone viral.

Michael Packard shared the freak incident on Facebook. The 56-year-old man said that he was in the humpback whale’s closed mouth for about 30-40 seconds before the large rorqual species rose to the surface and spit him out.

“A humpback whale tried to eat me…I am very bruised up but have no broken bones,” wrote Packard.

Talking to CBS affiliate WBZ-TV, Packard—whose job is to pluck lobsters off the sandy bottom—said that he was about 45 deep in waters off Provincetown he suddenly “felt this huge bump, and everything went dark”. At first, the diver feared that he was attacked by a shark but lack of teeth made him reconsider.

“And then I realized, ‘Oh my God I’m in a whale’s mouth…and he’s trying to swallow me’,” he told WBZ-TV after being released from the hospital.

Packard said he thought about his kids and wife and told himself, “[t]his is it, I’m gonna die.”

“I just got thrown in the air and landed in the water,” Packard recalled. “I was free and I just floated there. I couldn’t believe. . . I’m here to tell it.”

channel that he had a front to witness the escape as he saw Packard come flying out of the water “feet first with his flippers on and land back in the water.”