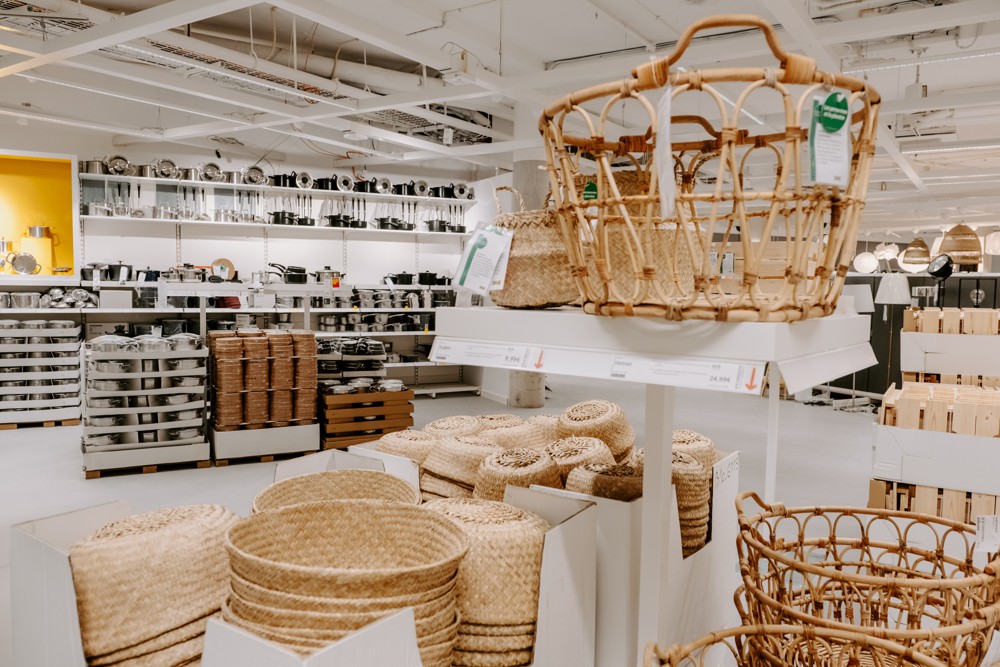 Ikea continues its transformation. The Swedish furniture giant has been changing its model for a few years. The monopoly of the “blue boxes”, the very large outskirts, is no longer in order. The brand has switched to omnichannel mode and pushes its business online. At the same time, it is investing in city centers. Theopening, June 23, of Ikea Décoration, 144 rue de Rivoli, in Paris, on the site of a Forever 21 clothing store, opposite the Samaritaine, marks a new step in this strategy.

The 2,900 square meter sales area will span three levels, from the basement to the first floor. Parisians and Ile-de-France residents who will come there by public transport (the railway junction of Les Halles is a stone’s throw away) will find kitchen utensils, storage boxes and lights downstairs, on the ground floor tableware, some plants and a vegetarian food counter and above the textile, house and table line, curtains, etc.

“ Decoration represents a third of the sales of a large point of sale ”, specifies the president of Ikea France, Walter Kadnar. ” Ikea City at la Madeleine (near the Concorde, in Paris, editor’s note) welcomes 3 million visitors per year with our complete, but condensed offer. Ikea Décoration will receive at least 1.5 million people. Our presence in the city center reaches people who do not necessarily frequent our seven supermarkets in the Paris region. », He explains.

” We are now thinking in terms of area. A store manager is responsible for a catchment area and we build operating accounts by area ”, specifies the manager, who has adopted multi-channel management. In summary, intramural stores reveal Ikea to those who have never entered a blue box and advertise the brand in any case. This communication turns into orders on the Internet.

Ikea France carried out 4.5% of its online sales in 2017. The ratio is over 15% today. Activity doubles when stores are closed, as has been the case since January 31. The two sales channels do not compensate for each other. ” Each month of closure, it is 200 million less turnover », Says Walter Kadnar.

The brand has trained its employees in the new challenges during this last confinement. Some have prepared orders for which customers take delivery at “click & collect” points. Investments have been made in logistics and IT support. For example, in Lyon, a line for preparing parcels sent by La Poste quintupled its throughput by 2 million items per year.

Ikea Décoration is a complement and a test for the brand. The latter opened in the heart of Shanghai, New York or Hamburg, but none of these modules is specialized in decoration. In Nice, the brand is conducting another experiment with a 300 square meter kitchen design “workshop”. The rue de Rivoli test was funded by the group’s central structures. Ingka Investment bought the walls for 130 million euros. Whatever happens, if the objectives are not met or if a new containment closes the curtain, Ikea Décoration will not come into conflict with its owner.