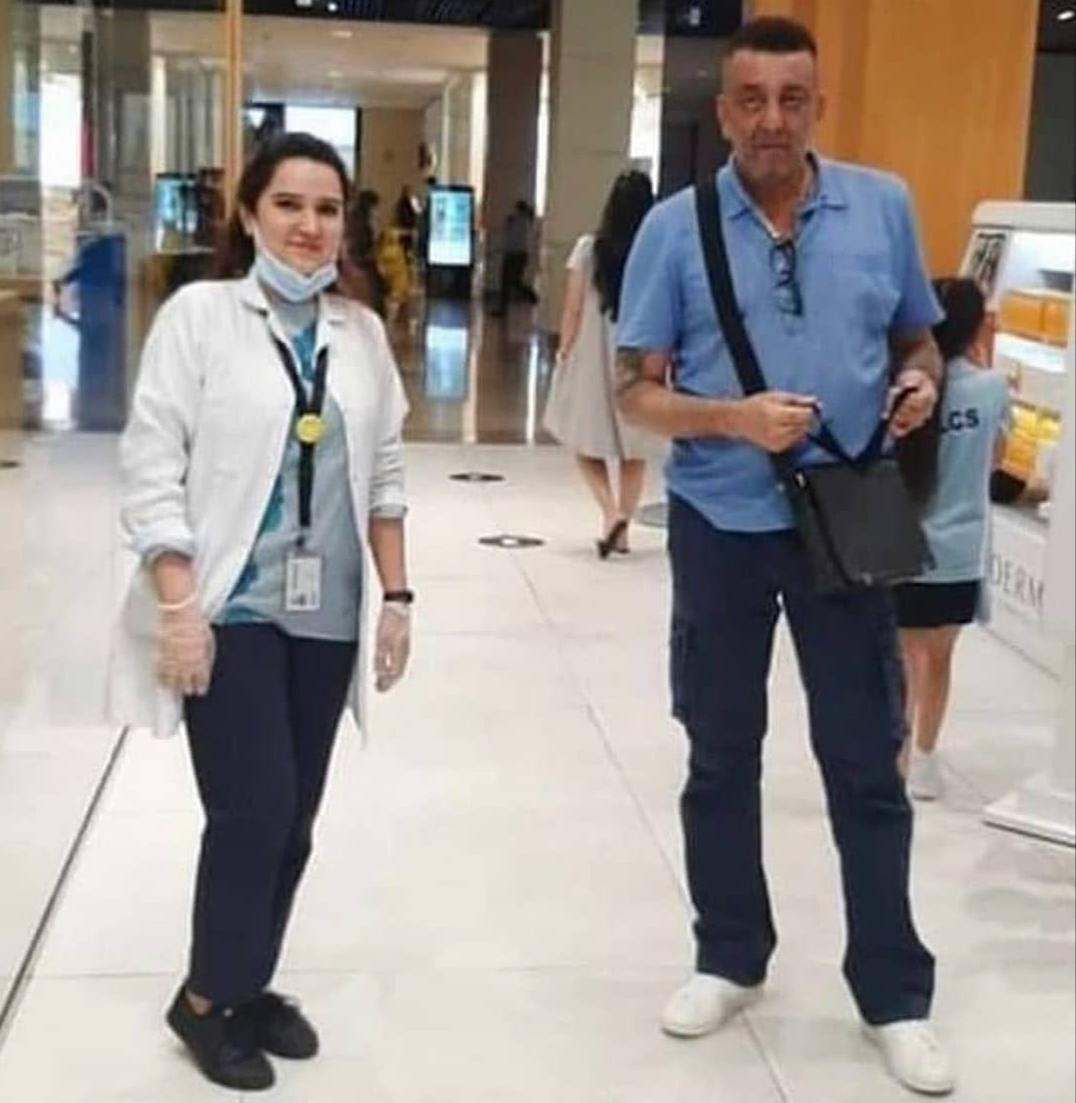 Opening up for the first time about his battle with cancer, actor Sanjay Dutt says he is optimistic he will “beat” the disease soon.

In August, the 61-year-old actor had announced that he would be taking a break from his professional commitments to focus on medical treatment, amid reports that he was battling lung cancer.

In an Instagram video, posted on late Wednesday evening, Dutt was seen getting a haircut at the salon of celebrity hairstylist Aalim Hakim.

The actor pointed to a scar designed by Hakim as part of the haircut and said, “This is a recent scar in my life, but I’ll beat it. I’ll be out of this cancer soon.”

Dutt, along with producer-wife Maanayata, had flown to Dubai last month to be with their children, nine-year-old fraternal twins Shaahran and Iqra.

The actor, who recently featured in ‘Sadak 2’, will be next seen in ‘KGF: Chapter 2’ and Ranbir Kapoor-starrer ‘Shamshera’.

Dutt said he is growing his beard for the sequel of the 2018 action-drama ‘KGF’ as he is scheduled to start shooting for the film next month. The period action film, starring Yash, marks the Bollywood star’s Kannada debut.

“I need the look for the film as we are starting in November. I am happy to be on the sets again. There’s’ Shamshera’s dubbing lined up too, so that will be fun. It’s good to be back,” he added.

Towards the end of the video, when Hakim said he was happy that the actor appears in good spirits, Dutt replied he has started working out again, after an apparent weight loss due to the treatment.

“I’m getting my muscles back, they’re coming back slowly. I’ll get out of this,” he said.

Dutt is the eldest child of late Bollywood stars Nargis and Sunil Dutt. He has two sisters – Priya Dutt and Namrata Dutt.

The actor also has a daughter Trishala Dutt (32) from his first marriage to Richa Sharma. PTI