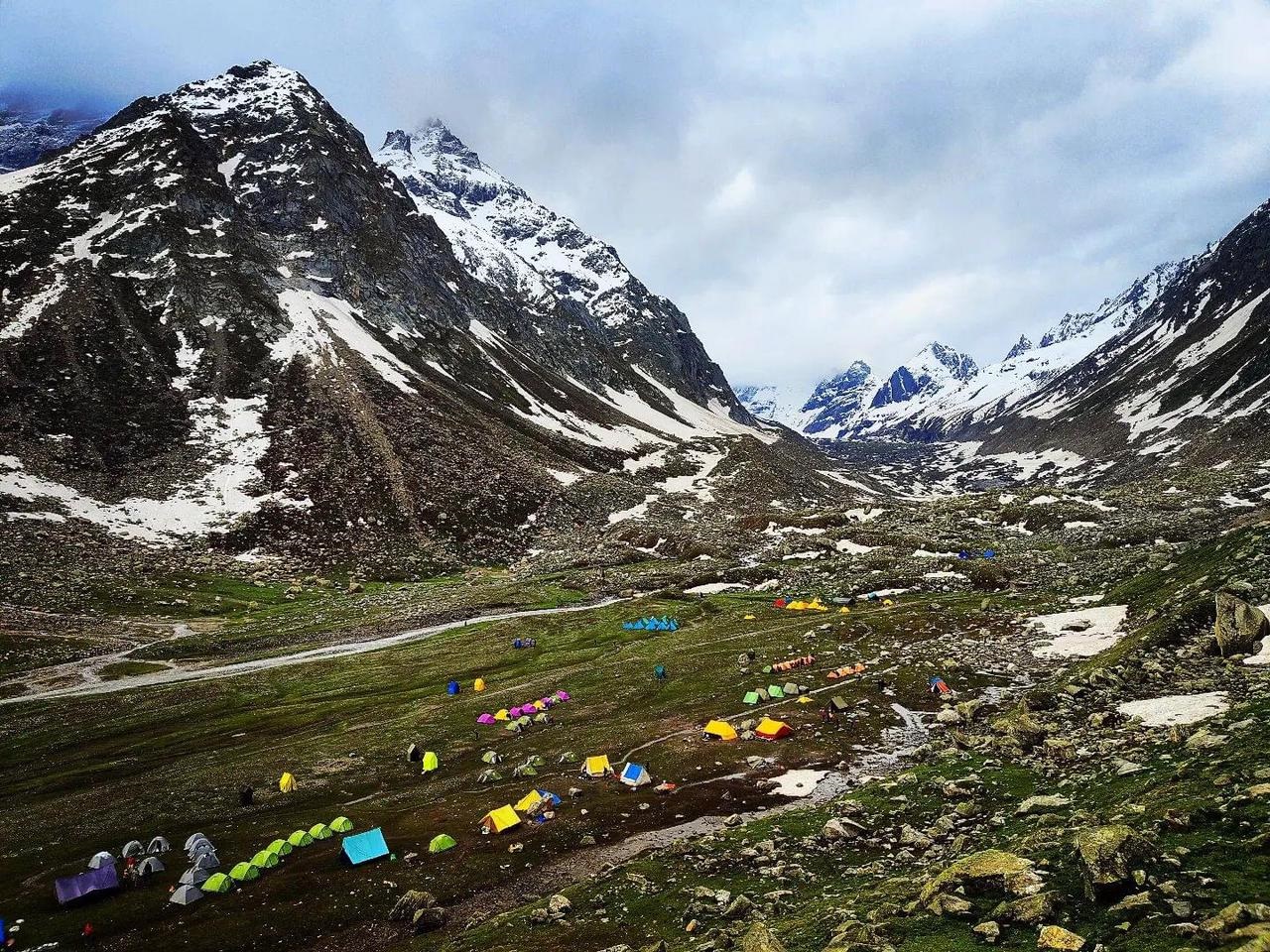 Hoteliers and hospitality unit operators have objected to some businessmen putting up a large number of tents illegally in remote areas around Manali.

Local hotelier Chunni Lal says that businessmen from other states have put up tents in the forests of Hamta, Bhrigu, Beas Kund, Chanderkhani, etc. He alleges that they take permission for setting up five or six tents from the Forest Department but put up 25 to 30 tents and do not remove them.

He says that some tent owners have even constructed permanent toilets without a proper sewage disposal system. He adds that they have also lodged complaints with the administration and the Forest Department.

Another hotelier Kishan says that such illegal business activity by outsiders is affecting the employment of local people. He says, “Tourists are being accommodated in tents set up in the forests by charging a hefty amount. While various stipulations and regulations have been imposed on local businessmen having hospitality units, the illegal business of tents is flourishing unchecked”.

Local resident Vinay says that setting up of a large number of such tents in the eco-fragile forest region will generate waste and cause environmental degradation. He alleges that municipal and sewage waste from these camping sites is flowing directly into water channels.

Manali Hoteliers Association (MHA) president Mukesh Thakur says that these businessmen from other states are doing illegal business on the pretext of trekking. He adds, “These businessmen take permission for five tents but put up 25 stationary tents in forests. Some of them have also constructed permanent toilets in forests and waste from there is directly dumped in drains”.

Thakur says that the Manali SDM and the Kullu DFO have been informed about the matter that these tourism businessmen from other states are polluting the environment.