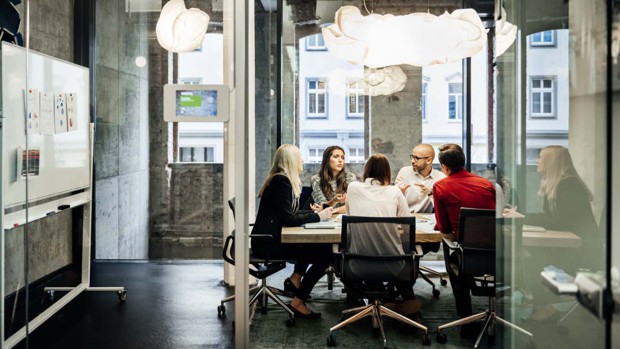 It’s a first. Until now, there was no start-up studio dedicated to the Social and Solidarity Economy (SSE). This is what is done with Hatching, in operation since early 2021 to internally develop impact projects deemed promising.

Five entrepreneurs (two pairs and one solo) are at work in a Parisian co-working space, with a view of the Place de la Concorde, to work on three business ideas. In the next six months, they will work on the economic viability of their project and verify that it can have a real social impact. At the start of 2022, if all goes well, three new SSE companies should be registered, each with “between 5 and 10 jobs created in the first year”.

Creation of software in “no-code” mode, accelerated training in short-lived jobs, shared transport system: the first class brings together projects around access to employment. The Parisian start-up studio defined the outlines and selected the entrepreneurs to lead them. This is the big difference with the ESS incubators (Le Comptoir, Antropia, Makesense…) whose on-board creators come with their own dreams. Nothing like it at Eclosion “which is at the same time a laboratory of ideas, a recruitment firm and a business propellant”, summarizes Fabien de Castilla, co-founder of the studio under association Law 1901.

The associative form guarantees the non-profit dimension of the process which consists above all in developing businesses that are certainly viable but above all having a real social or environmental impact. In digital, start-up studios modeled on the German pioneer Rocket Internet have proven their worth. Justin France, there are around sixty, most of them based in the Paris region. The Eclosion team believes that this model can be just as effective in the social economy.

The studio for shareholders

The phase of selecting entrepreneurs is delicate. No room for error for the start-up studio: the profiles to be recruited will be supported for several years. After taking ownership of the project, each entrepreneur will work six months on a prototype. Then, if the test is successful, will co-found a company in which he will be a shareholder with the studio.

Then, the start-up will receive strategic, operational and financial support until it becomes autonomous. However, you don’t need to have already created a box to triumph over the long selection process comprising five interviews. Beyond technical skills and motivation, Eclosion is looking for talents inspired by social and environmental impact. The same selection criteria will be applied to the next promotion (advertisement posted on Linkedin). Composed of five entrepreneurs engaged in circular economy projects, it should start in January 2022.