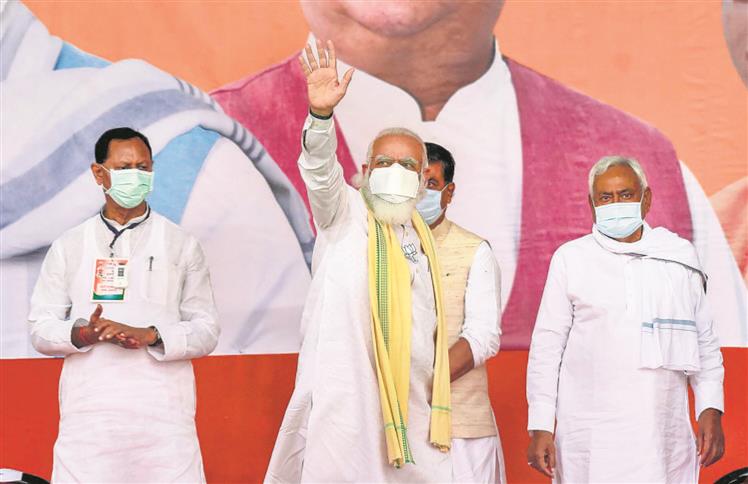 Lending heft to the Bihar election trail, Prime Minister Narendra Modi today launched a scathing attack on the NDA’s main rivals, RJD and Congress, while also sending out a message as far as Jammu and Kashmir and Punjab.

“These parties say they will bring it (Article 370) back if they come to power. And after saying this, they dare to ask for votes in Bihar. Is this not an insult to Bihar, which sends its sons and daughters to the border, ”the PM said in his first speech at Sasaram. “They can do whatever, India will not step back from the decision,” he added.

The PM, who today referred to Bihar as the “rice bowl of the country”, also slammed “those supporting middlemen and brokers in the name of MSP” in Punjab. “MSP is just an excuse, the truth is they want to protect middlemen, brokers,” he said.