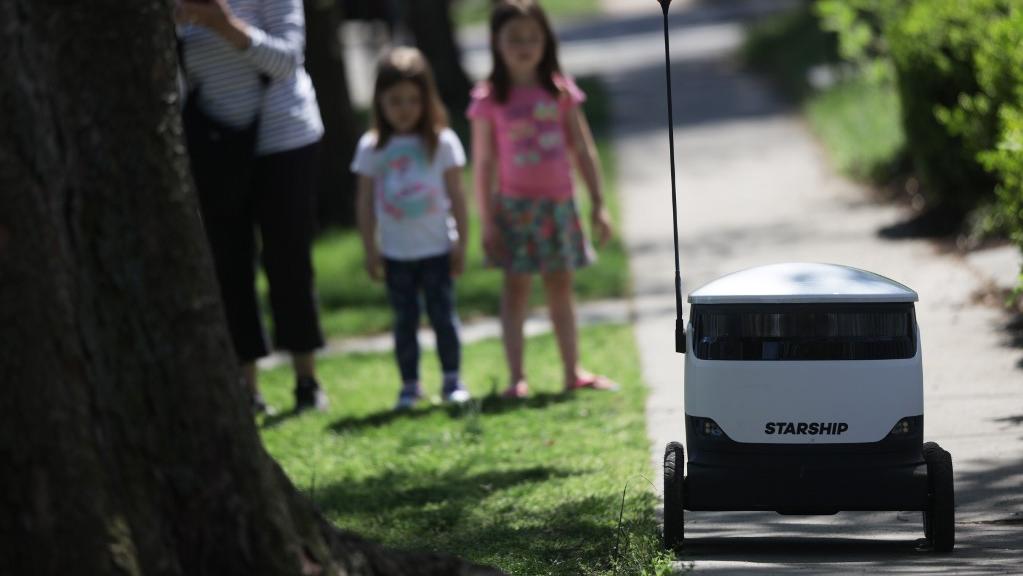 The symbolic mark of one million deaths from the Covid-19 coronavirus epidemic was crossed on the night of Monday, September 28 to Tuesday, September 29, according to global data compiled by Johns-Hopkins University in Baltimore (United States). At a time when the pandemic does not seem to be receding, conclusive innovations to fight the virus or improve the lives of citizens are being developed in Finland, the United States and South Korea.

In Finland, dogs to detect the sick

In Finland, researchers decided to use dogs, and their sense of smell, to spot sick people. A first and very conclusive experiment began at Helsinki airport. Thus, passengers who disembark in the Finnish capital have the opportunity to enter a small room to rub their skin with a piece of cloth. A trainer collects the sample and lets his dog smell it, who can tell in ten seconds whether or not they are infected with the coronavirus. Dogs have long been used to detect drugs in luggage, explosives, but also – we know less – diseases such as malaria and cancer.

Knowing that a good dog can be trained in a few days, mass detection of the coronavirus, by this means, is therefore quite possible. It is not yet clear what exactly these dogs smell and detect: that is the whole mystery of this matter, and it will remain unsolved as long as the techniques for detecting particles in the air are less effective than a dog, which is the case today. But what is certain is that dogs do smell something. By the end of November, a dozen dogs, and their trainers, will be stationed at Helsinki airport.

In the United States, a territory of Silicon Valley, it is the delivery robots that have experienced a boost with the coronavirus. In particular, a startup called Starship Technologies launched in 2014 by two of the creators of Skype. Their little robot, a sort of icebox on wheels – six in this case – was notably adopted by a pizzeria in the suburbs of Phoenix, Arizona. It is capable of delivering up to 10 kilos within a radius of about a kilometer, day or night, and it can even climb on a sidewalk. You just have to go through an application to open it and take what’s inside. Initially, the startup targeted college campuses but since they closed with the pandemic, Starship targeted residential neighborhoods. Not just in the United States for that matter. In Milton Keynes, near London, the company has doubled the number of its robots with the coronavirus. There are about a hundred there now. In all, the firm would have gained at least 180,000 new customers this year.

It is not the only start-up of its kind to have been talked about in recent months. In Sacramento, Calif., The R2, an autonomous vehicle designed by the Nuro firm, delivered medicine and food to a gym turned into a field hospital. In Ann Harbor, a student town in Michigan, Refraction AI, a small startup, has been testing eight delivery robots called REV-1 since the end of 2019. With the pandemic, these small three-wheeled machines that travel at 20 km / h on bike paths , have quadrupled their races. Amazon obviously has its robot, Scout, even though it still represents a tiny fraction of the deliveries made by the retail giant. In California Hilton hotels, Rosé, a little robot that has been depositing wine, pillows or towels in front of your room since 2018 is more in demand than ever. Google drones are also being tested in Virginia. Residents’ registrations for this pilot program jumped 350% between February and April. It must be said that the drone delivers in 10 minutes, without making too much noise and that the partner stores always had toilet paper in stock when the country ran out of it …

In South Korea, after the “ driving test ” centers, the screening booths – like telephone booths – in its main airport or even the electronic bracelets connected to a mobile application, the country, admired for its prowess technology, is still talking about him this time with the installation of anti-coronavirus bus shelters in its capital, Seoul.

In order to describe these high-tech, glass-cube-like bus stops, one of the project officials said he installed all the anti-coronavirus equipment possible there. In addition to protecting users from bad weather, these installations, called ” Smart Shelter ”, therefore have an air conditioning system equipped with ultraviolet lamps to eliminate viruses. A hydroalcoholic gel dispenser and a free wifi network are also available inside. But to take advantage of it, it will first be necessary to appear in front of a thermal camera because the automatic door opens only to those with a temperature lower than 37.5 ° C.

These high-end bus shelters are still rare and should remain so given their exorbitant cost, 100 million won, or the equivalent of 71,000 euros, per cabin. Since the project was inaugurated last August, only ten such bus shelters have been installed in a borough in northeast Seoul and some 300 to 400 people use them daily. Social distancing requires, a limited number of users can access it at the same time in order to stay at least one meter from each other. Nevertheless, the mayor of the borough has already announced his plan to develop ten more by the end of the year.

South Korea is increasingly looking towards the post-coronavirus. Despite sporadic outbreaks of contamination, the country has managed to keep the number of new daily infections below 100 for a week. From next month, smart bus shelters of the ” hanok ” type, the traditional Korean house, will spread throughout the capital with free Wi-Fi, wireless chargers and small flower beds.