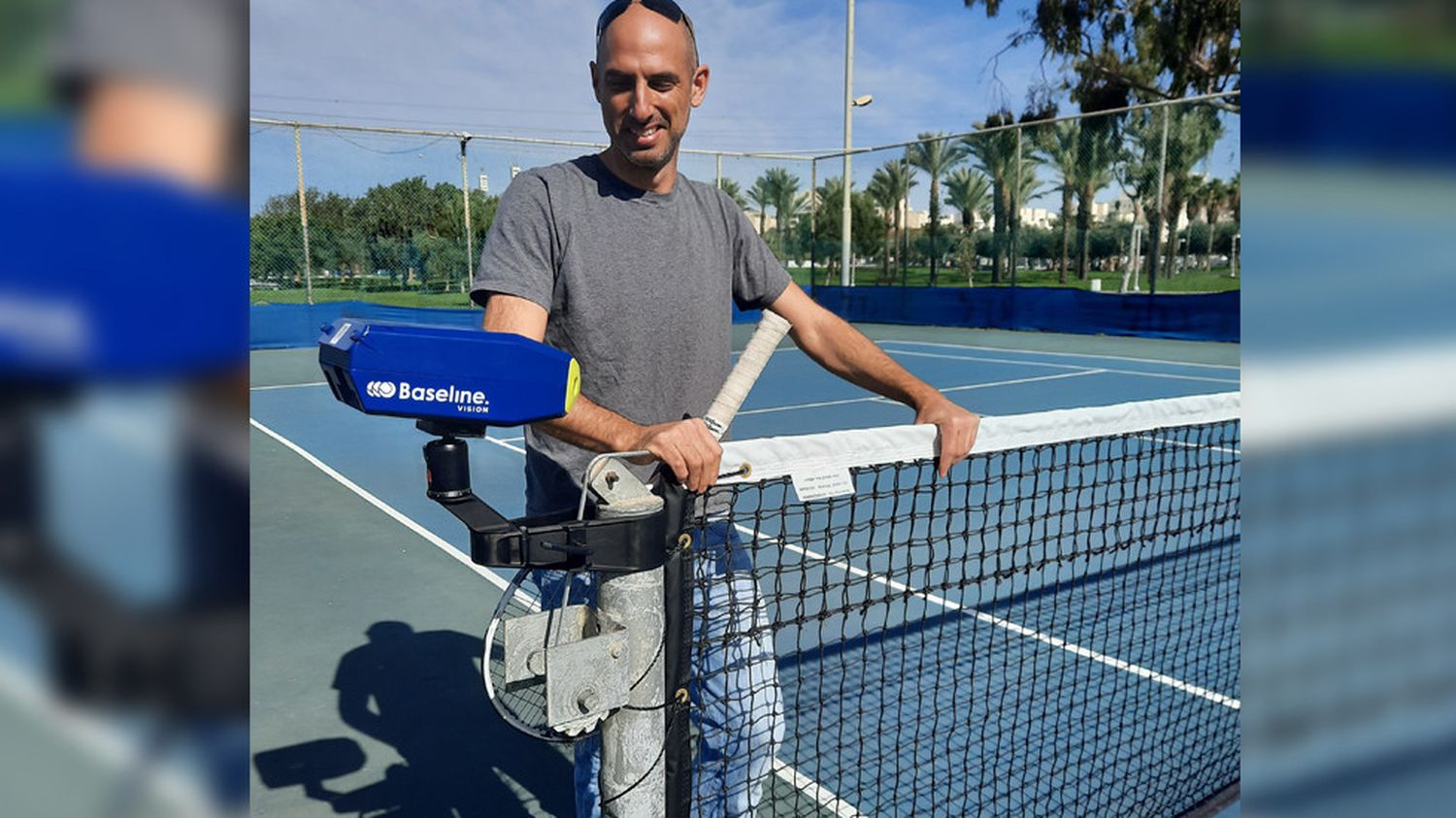 The Australian Tennis Open is in full swing in Melbourne on Friday (January 21st) with the start of the third round of competition. If professional players are often surrounded by a large team to advise them and help them improve, amateurs are often a little more deprived. In Israel, a start-up has developed a system of help and advice for these players.

This system, called Baseline Vision, is used in particular at the Tennis Academy in Tel Aviv. “We have an arm that we will install on the net post”, details Michael Chojnacki, a 40-year-old Brussels resident who founded the company. “The second part is the camera. We will click on the arm for 10 seconds and the installation is done.” The device imagined by this big fan of Pete Sampras and Roger Federer is light and fits in a backpack.

The blue and yellow camera then communicates with an application installed on a smartphone. In particular, it makes it possible to find the statistics of the matches and videos of the exchanges. “You can watch his last five strikes in 3D, as seen on TV”, welcomes the entrepreneur. “It allows you to dissect the movement.”

This will help the coach to advise his student: “In real time, everything that happens in the field is detected and analyzed: we will estimate ball trajectories, number of strikes, where balls landed, player placements, ball speeds, height over the net, ball revolution”, lists the one who arrived in Israel after his baccalaureate.

“At the end of the match, the player can have a little analysis: what are the faults, what can be improved…”

After a match against Michael Chojnacki, we can thus obtain precise results. “We made 18 strikes each. I have 94% of strikes inside the field against 70% for you. I am at 41 km/h on average for the speed of my balls, you at 33 km/h”, he explains. Thanks to statistics and video debriefing, the analysis is precise. The tool is adapted to the needs of players and coaches: “If theCoaches want to work on something specific, like a forehand or a crossover, we work on that for five minutes and we set goals.”

For twelve years, Michael Chojnacki was an aviation engineer. “When the ball spins, it produces a topspin effect which will crush the ball on the ground. An airplane flies on exactly the same principle.” He created Baseline Vision in 2018 with Yaniv, his IT partner. They had seven employees before the pandemic and have three in 2022.

The system is rented to clubs for 200 euros per month. It is already present in Israel, France, England, Poland and Canada. Michael Chojnacki is selling it in the US and plans to develop similar software for badminton, volleyball, and table tennis.