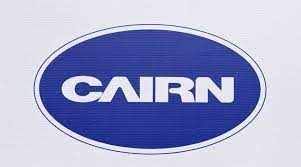 New Delhi. The government has certified that it has ordered the freezing of Indian assets in the case of Cairn Energy. The government has certified that a French court, while ruling on a petition by British company Cairn Energy, has ordered the freezing of some Indian properties. In the case of retrospective tax, an International Arbitration Tribunal ruled in favor of Cairn.

After this decision, Cairn Energy is engaged in efforts to recover $ 1.72 billion from India. The government has also clarified that it has appealed against the decision of the Arbitration Tribunal.

Minister of State for Finance Pankaj Choudhary said in a written reply to a question in Rajya Sabha that the government has appealed against the decision of the Arbitration Tribunal. Regarding the order to freeze Indian assets, Choudhary said, “Yes sir, a French court has passed an order in the Cairn Energy case and ordered freezing of certain Indian assets.”

Also read this news: Here you are getting this unique punishment for breaking the corona lockdown rules

Cairn Company had introduced IPO in 2007 to get its company listed in India. A year earlier, it had merged several of its units in India with Cairn India. This resulted in capital gain to the company. So he was ordered to pay the tax. Cairn went to court against this order.

The Income Tax Department of India had taken over 10 per cent shares of Cairn India worth more than 10 thousand crores as capital gains. After hearing the case, the Arbitration Court in the Netherlands ruled against the Government of India and directed it to pay the amount along with interest.