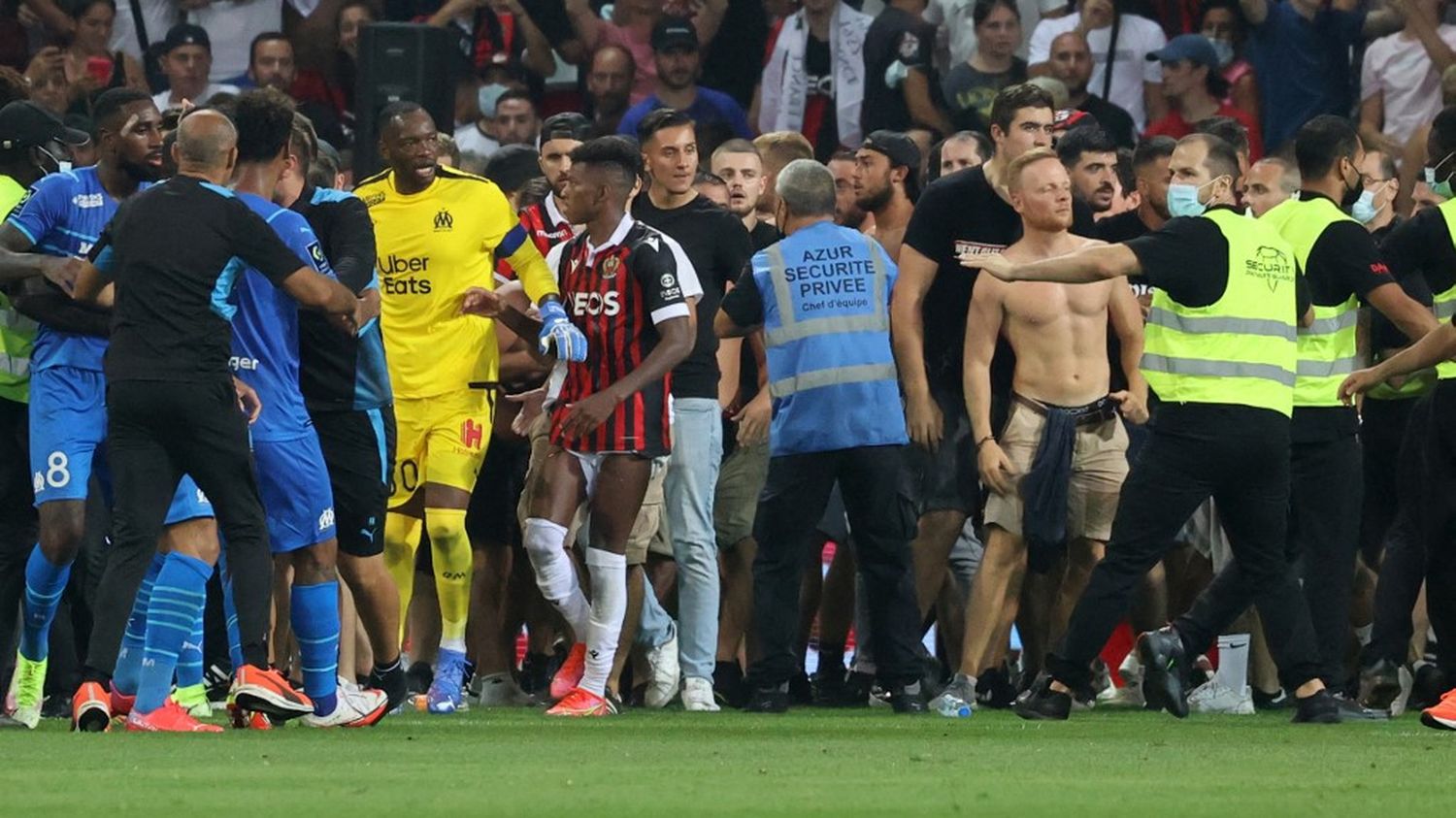 Meeting in a large hotel in Paris, the disciplinary committee of the Professional Football League (LFP) delivered its verdict on Wednesday, September 8, after the events that had occurred at the Allianz Riviera during the match between Nice and Marseille. The meeting will be replayed on neutral ground, behind closed doors. OGC Nice is also sanctioned with a withdrawal of a firm point and three games behind closed doors, including the delocalized meeting. Contacted, the Alpes-Maritimes club did not wish to react to the decision.

“This decision is up to the seriousness of the incidents which had an absolutely exceptional impact and which nonetheless concern a serious attack on the physical integrity of football players, which is obviously totally unacceptable”, explained during a video-conference press the chairman of the disciplinary committee Sébastien Deneux.

A rather lenient decision vis-à-vis OM which, however, was not to the liking of the communications director of the Olympian club, Jacques Cardoze, guest on RMC. “Faced with the violence committed that evening, the disciplinary committee had to be more severe on this point. The decision lacks an example for French football. Marseille should have won the match”.

⚠️ Discover the decisions of the Disciplinary Commission of the day#OGCNOMhttps://t.co/ymLk1qAMP4

On the Marseilles side, Alvaro Gonzalez is suspended for two games and Dimitri Payet a suspended meeting. OM’s physical trainer, Pablo Fernandez, who struck a blow to a Nice supporter, is suspended until June 30, 2022.

In the 75th minute of the match between Nice and Marseille, Dimitri Payet had been the target of throwing bottles and the Marseille player, furious, had returned the projectiles to the stands. His teammate, Alvaro Gonzalez, had sent him a ball in the stands of the Allianz Riviera. As for Pablo Fernandez, he had participated in the clashes by hitting a Nice supporter.

“Despite the circumstances of this match, the behavior of Dimitri Payet and Alvaro Gonzalez appeared to us to be punishable on a disciplinary level. For Payet, the sanction takes into account the fact that he was directly hit by a bottle and then hit by a kick from a spectator, which was not the case for Alvaro, hence the differential on the two players “, detailed Sébastien Deneux. The Spanish player from Olympique de Marseille reacted on Twitter, complaining about his suspension.

HERE YOU HAVE THE GUILTY // AQUI TENEIS EL CULPABLE pic.twitter.com/hOLGqpDoHj