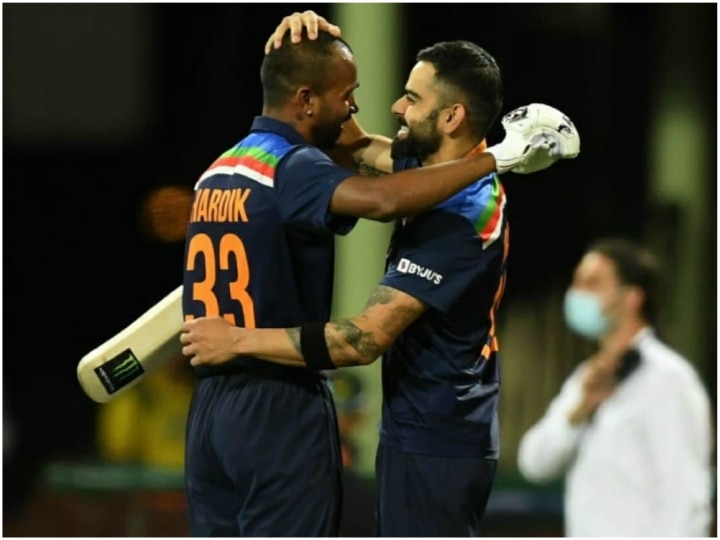 Ind vs Aus: Indian captain Virat Virat Kohli believes that all-rounder Hardik Pandya is now becoming the best match finisher for India. He also said that playing the role of finisher by the all-rounder helps India to win the match under any circumstances. Pandya may not be able to contribute with the ball, but with the bat, he is putting his whole life for the team.

At the Sydney Cricket Ground (ACCG) on Sunday, he scored an unbeaten 42-run innings of 22 balls to give India a six-wicket win in the match against Australia. After this victory, India has taken an unassailable 2–0 lead in the three-match T20 series.

Kohli said after the match, “The reason for Pandya’s inclusion in the team in 2016 was his ability. He is a naturally talented player. He now understands that this is the right time to mold himself to the role of a finisher.” He said, “After playing a lot of T20 matches for IPL and India, he has become a very experienced player now. In the next four-five years he can become a good batsman in the middle order who can win matches anywhere. You There is a need to be a finisher and that is what they are becoming for us. “

Pandya did not bowl in the recent ODI series. Earlier, he had said that he is batting as a batsman. In the ODI series, he scored twice around 90. Asked whether you consider yourself a batsman or a Finnish, Pandya said that he does not play any role in mind. He said that he plays according to the circumstances.