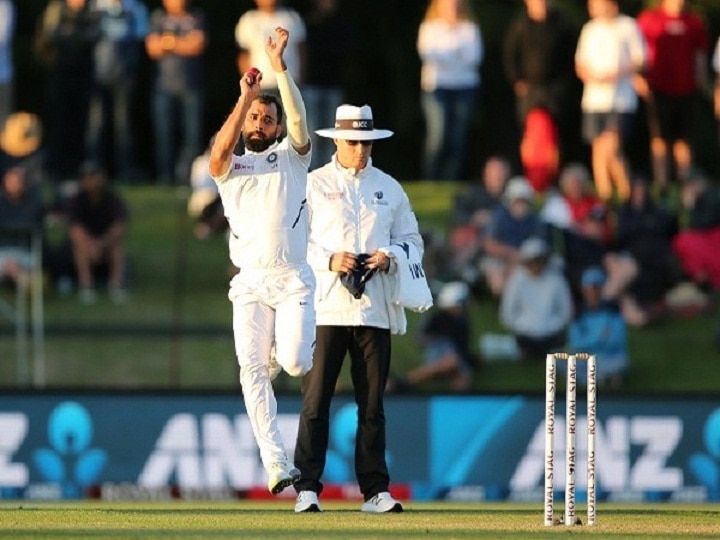 Mohammed Shami fractured: The Indian team has suffered a big setback in the Test series being played against Australia. Indian fast bowler Mohammed Shami is out of the Test series after fracture in his hand. While batting in the second innings at Adelaide Oval on Saturday, Pat Cummins’s bouncer was in Shami’s right hand. After which he was seen in a lot of trouble. ANI sources said the terrible pain was the result of that fracture. Due to which he could not catch the bat.

Shami’s injury is a big blow for India. The Indian team will now depend on Umesh Yadav, Jaspreet Bumrah, Navdeep Saini and Mohammad Siraj in fast bowling. Saini and Siraj are yet to play Test cricket. The second Test will begin in Melbourne on 26 December. Already, the difficulties of Team India have increased. India will take the field without Virat and Shami in the second Test. Let us know that in the four-match Test series, Australia has taken a 1-0 lead.

After the match was over, Virat Kohli said, “There is no proper update on Shami’s injury right now.” Shami has been taken for a scan. Shami was in extreme pain and could not even move his hand. We will soon know how deep Shami’s injury is. ”

At the time when Shami came to bat, Team India lost nine wickets for 31 runs. Cummins’ ball hit the wrist of Shami’s left hand and he appeared in great pain. Fijio came to the ground and tried to give relief to Shami, but the pain was so much that Shami had to leave the field.