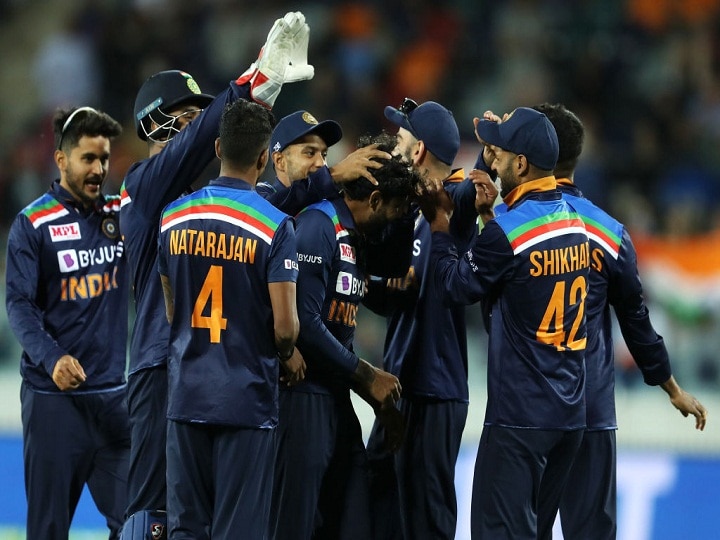 Ind vs Aus: In the third and final match of the ODI series played between India and Australia, Team India registered a stunning win by 12 runs. Australia’s team has already named the three-match ODI series. Australia won the three-match series 2–1. Player of the match was awarded to Hardik Pandya. While the Player of the Series award was given to Steve Smith. Smith performed brilliantly throughout the series.

In this match played at the Manuka Oval ground, Indian captain Virat Kohli decided to bat first after winning the toss. The Indian team, who came out to bat first, scored 302 runs in the loss of 5 wickets in the prescribed 50 overs. Chasing a target of 303 runs, the Australian team was all out for 289 runs in 49.3 overs.

Dhawan scored 16, Shubman Gill 33 Virat Kohli 63, Iyer 19, Hardik Pandya scored 92 not out and Ravindra Jadeja scored 66 not out. Thanks to the brilliant innings of Pandya and Ravindra Jadeja, India reached the score of 303. Virat hit 5 fours during his innings. While Pandya hit 7 fours and a six. At the same time, Jadeja hit 5 fours and three sixes.

Pandya and Jadeja batted hard in the last seven overs and scored 93 runs. Also, both players made the biggest partnership for the sixth wicket for India against the Kangaroo team.

Finch scored 75 runs off 82 balls. During this innings, he hit seven fours and three sixes. At the same time, Glenn Maxwell scored 59 runs off 38 balls with the help of 3 fours and four sixes. However, Maxwell could not win Australia in the third ODI. As long as he was at the crease, it seemed that Australia would win this match. But as soon as he was out, the process of falling wickets started and the Indian team registered a spectacular victory in the third ODI.

Shardul Thakur took 3, Bumrah and T Natarajan took 2-2 wickets. Apart from this, Kuldeep Yadav and Ravindra Jadeja got 1-1 success. T Natarajan bowled brilliantly in his debut match. T Natarajan took 2 wickets for 70 runs with 1 maidan in 10 overs. He impressed everyone with his bowling in his very first match.