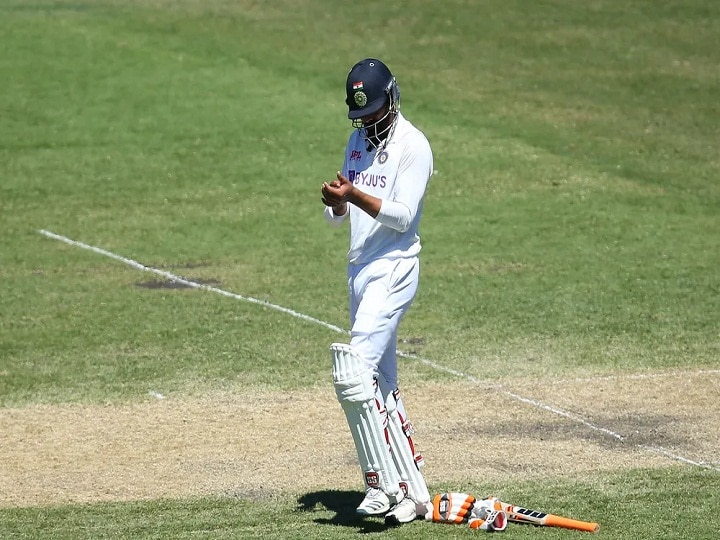 Ind vs Aus: The Indian team’s star all-rounder Ravindra Jadeja was injured during the third Test match played at the Sydney Cricket Ground (SCG). Jadeja will not be part of the Indian team in the fourth and final Test. Mitchell Starc’s ball hit Jadeja’s thumb during India’s first innings in Sydney. Jadeja has been ruled out of the fourth Test due to a thumb fracture.

Jadeja played an important role in the third Test. Jadeja had run out Steve Smith in the third Test with his superb shooting. Jadeja also took 4 wickets in the Australian first innings. Left-arm spin bowler Jadeja has had his thumb surgery successfully. He himself informed the fans by tweeting this.

Jadeja shared a picture of himself and tweeted, “Out of action (cricket) for a while, surgery is complete. Will be back soon.” By commenting on this photo of Jadeja, people are wishing for his recovery soon. Jadeja performed brilliantly on the Australian tour.

Out of action for a https://t.co/ouz0ilet9j completed. But will soon return with a bang! ???????? pic.twitter.com/Uh3zQk7Srn

BCCI released a statement on Ravindra Jadeja’s injury
The Board of Control for Cricket in India (BCCI) also released an official statement regarding the matter and stated that he will not be part of Team India in the fourth Test.

Let us know that whoever wins the fourth and final Test match in Brisbane between India and Australia will win the Border-Gavaskar Trophy. The Australian team has a great win record in Brisbane. In such a situation, there is a strong expectation of a tough competition.