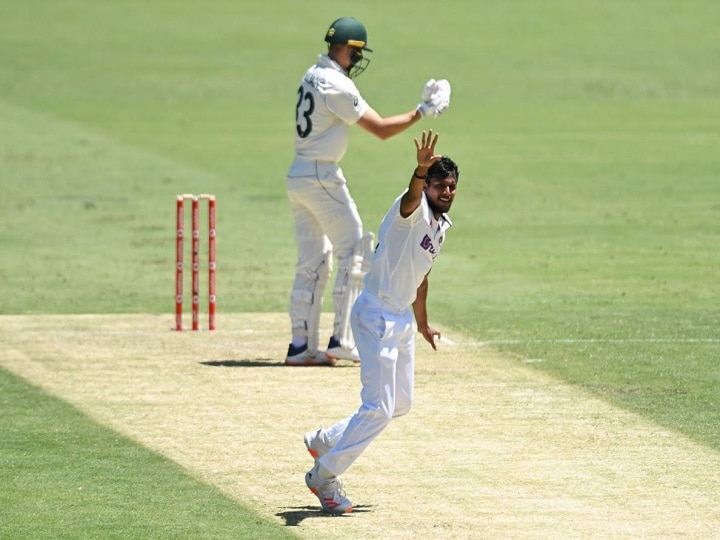 IND Vs AUS Brisbane Test: T Natarajan, who went on to become a net bowler on the Australian tour, has made history. Natarajan has become India’s second most successful left arm pacer in terms of taking wickets in a debut match. Apart from this, T Natarajan has also become the first player from India to have made his ODI, T20 and Test in all three formats on the same tour.

Jasprit Bumrah is out of the last Test because of the chance to make T Natarajan debut. Apart from Natarajan, Washington Sundar has a chance to debut in the Brisbane Test being played against Australia.

Both Natarajan and Sundar have done wonders in their debut match. Both of them took three wickets justifying their selection and played an important role in Australia’s first innings total of 369 runs.

Natarajan took three wickets for 78 runs in the first innings of this match. For India, the record for being the best left arm pacer in a debut match is in the name of Rudra Pratap Singh, who took 4 wickets for 89 runs against Pakistan in Faisalabad in 2005-06.

RP Singh left the record of SS Nayalchand taking three wickets for 97 runs while making a debut against Pakistan in Lucknow in the 1952–53 season. Now Natarajan has also overtaken Nayalchand.