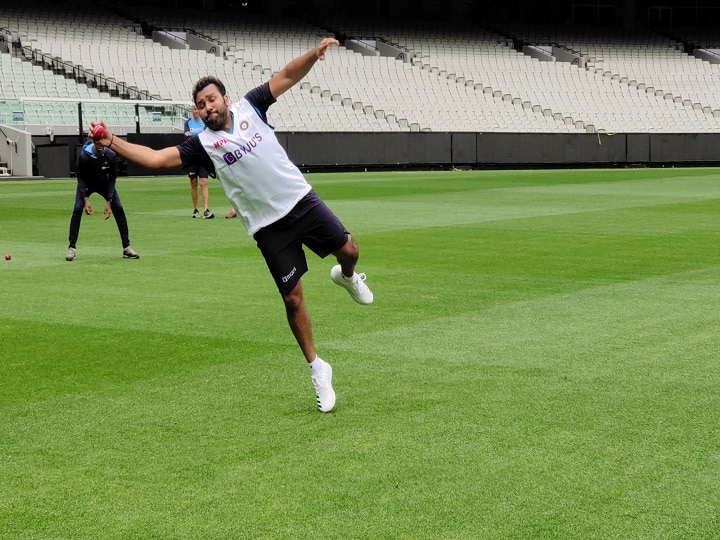 India vs Australia: Indian cricket team opener Rohit Sharma joined the team in Melbourne on Wednesday. Today he also practiced with the team. In the practice session, Rohit practiced the catch. The BCCI shared a photo of the hitman practicing a catch with his Twitter handle.

Let us tell you that Rohit had reached Australia before the start of the Test series. According to Corona rules in Sydney, he should remain in Quarantine for 14 days. He has been named in the Test team for the last two Tests.

The BCCI has posted a photo of Indian team opener Rohit Sharma on Thursday while catching practice. The photo reads, “Engine is about to start. A glimpse of what will happen next.”

The engine is just getting started and here is a quick glimpse of what lies ahead. #TeamIndia #AUSvIND pic.twitter.com/3UdwpQO7KY

Rohit’s match fitness will be very important because after the IPL final played on November 10, he has not played any kind of cricket. After the IPL, he went to the National Cricket Academy (NCA) in Bangalore and worked on his injury. After coming to Australia, he was in Quarantine, so he has not got a chance to practice.

For your information, let us know that the third Test between India and Australia will be played from January 7. There is still more than eight days left for this test to begin. In such a situation, if Rohit joins the team tomorrow, then he has plenty of time for the Quarantine fatigue and practice. Therefore, he can get a place in the playing eleven in the third Test played in Sydney.