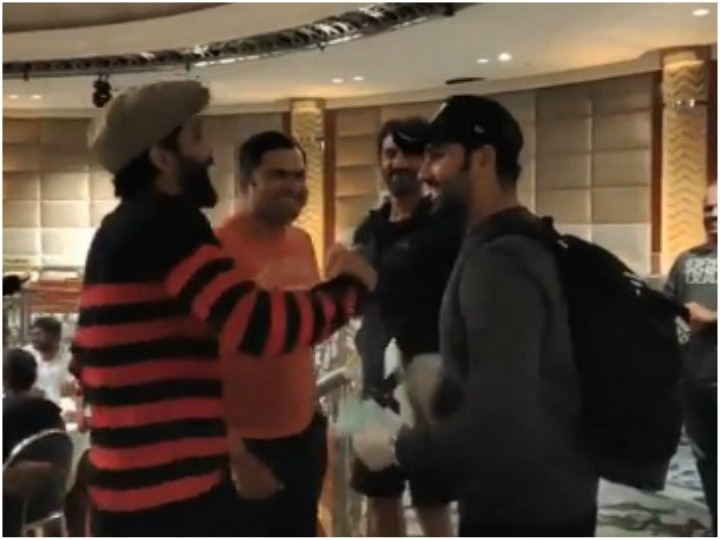 IND VS AUS: There is good news for Indian cricket fans. Rohit Sharma has joined Melbourne with Team India for the remaining matches of the Border-Gavaskar Trophy. When Rohit joined the team, fellow players welcomed the ‘Hitman’ with applause. Rohit flew to Australia after clearing a fitness test at the National Cricket Academy (NCA) in Bengaluru. The Board of Control for Cricket in India (BCCI) has shared the video of Rohit Sharma joining the team on his official Twitter handle.

In the video, Ravi Shastri, the head coach of the Indian team, is seen asking Rohit how was his time during the quarantine period. The fellow players present on hearing this start laughing. After joining the team, Rohit hugged all the players and support staff of the Indian team. The return of Rohit will give strength to the Indian team.

The third test starts on January 7. But suspense still remains on his playing in this match. After spending the quarantine period, Rohit will now have to pass a fitness test. Looking at the poor form of Manik Agarwal, it looks like Rohit may be part of Team India in the third Test. Rohit has not yet practiced in Australia.

A warm welcome for @ ImRo45 as he joins the team ????#TeamIndia #AUSvIND pic.twitter.com/uw49uPkDvR

Rohit has not played any form of cricket since the 2020 Indian Premier League (IPL) final. They have to pass another fitness test to be eligible for selection. Choosing the playing eleven in the third Test will be a big challenge for Rahane and Shastri. Umesh Yadav, who was injured in the second Test, has been ruled out of the third Test.