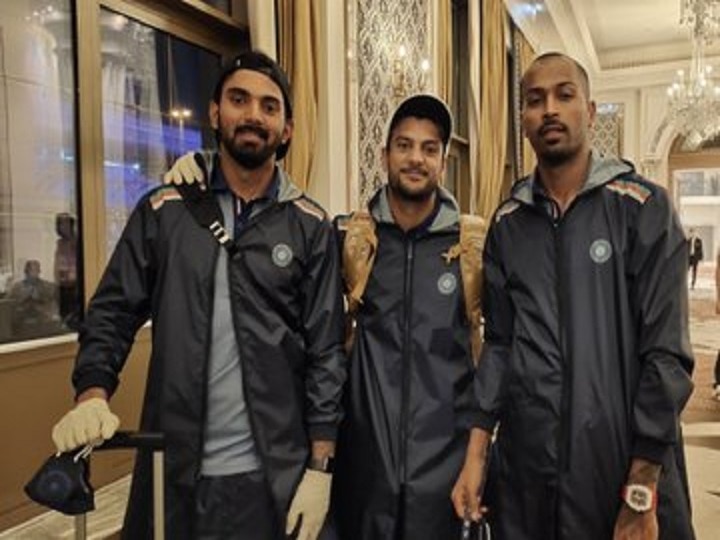 India tour of Australia: Indian cricket team has left UAE for the tour of Australia. This is India’s first international tour amid Corona epidemic. In Australia, India has to play three-match ODI and T20 series and four-match Test series. The first test day night of the test series will be played.

After reaching Australia, Indian players will stay in Quarantine for 14 days. However, the best thing on this tour is that the players will be able to practice during the quarantine time as well. While this was not the case during IPL 2020.

However, Indian team opener Rohit Sharma has not yet left for Australia with the Indian team. He is currently training at the National Cricket Academy (NCA). Rohit has been rested in ODIs and T20 series. But he has been included in the team for the Test series.

India’s tour of Australia will begin with the first ODI on 27 November. After this, the three-match ODI T20 and then the four-match Test series will be played. Captain Virat Kohli will play the first Test after playing the ODI and T20 series and then return to India.

In fact, Kohli is about to become a father and he wants to live with his wife at the birth of his first child, hence he had asked the BCCI for paternity leave. The board also approved his leave in view of his problem. However, Ajinkya Rahane will lead the team in Kohli’s absence.

Indian team’s senior wicketkeeper Wriddhiman Saha could not play in the last league stage of IPL 2020 due to hamstring. After this, in the second qualifier match, he had to sit out due to injury. In this case, their availability will be decided later. But now he has left for Australia with the team.