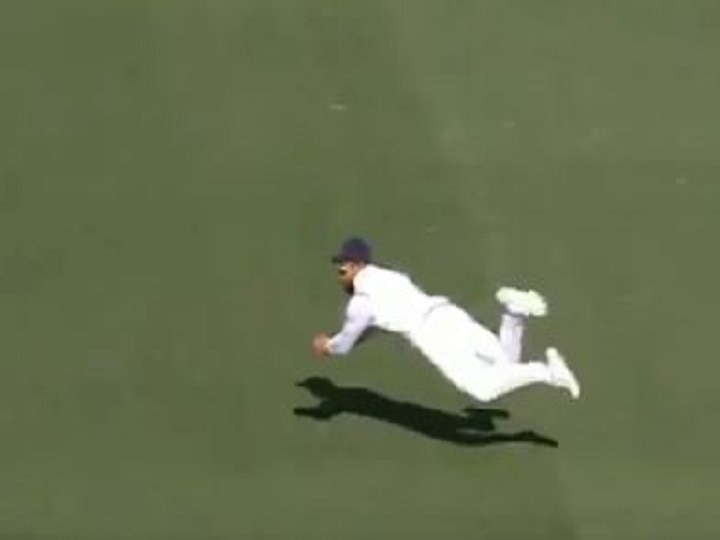 Australia: In the ongoing India-Australia match in Adelaide, captain Virat Kohli not only won the hearts of everyone with the bat, but he also did wonders in his filming. He boosted the morale of the team by catching a fun and difficult catch of Australia batsman Cameron Green.

Virat caught the ball by diving

In the match, when Burmah and Shaw were seen dropping catches, captain Virat Kohli surprised everyone by catching a tremendous catch. There was a chance of 41st over in the match when the Australian player shot strongly in the air but Virat, who was in the same place on the field, took a dive while taking a catch. After this catch by Virat, Green was dismissed for 11 runs in 24 balls.

Cameron Green’s debut innings was stopped short by an absolute classic from Virat Kohli – and the Indian captain enjoyed it a lot! #OhWhatAFeeling@toyota_Aus | #AUSvIND pic.twitter.com/krXXaZI1at

India have taken a 62-run lead over hosts Australia by the end of Friday’s game on the second day of the day-night Test match being played at the Adelaide Oval ground here. India had scored 244 runs in their first innings. He bowled out Australia for 192 runs in the first innings with a lead of 53 runs in the second innings. By the end of the second day’s play, India strengthened the lead by losing nine wickets in their second innings. India lost the wicket of Prithvi Shaw (4), who was bowled by Pat Cummins. Mayank Agarwal is standing on the wicket after scoring five runs. Nightwatchman Jaspreet Bumrah, who returned unbeaten with him, has not opened the account despite facing 11 balls.

IND VS AUS: Ashwin’s amazing bowling, Smith also had to surrender, having hit 7 centuries in the last 8 matches against India.