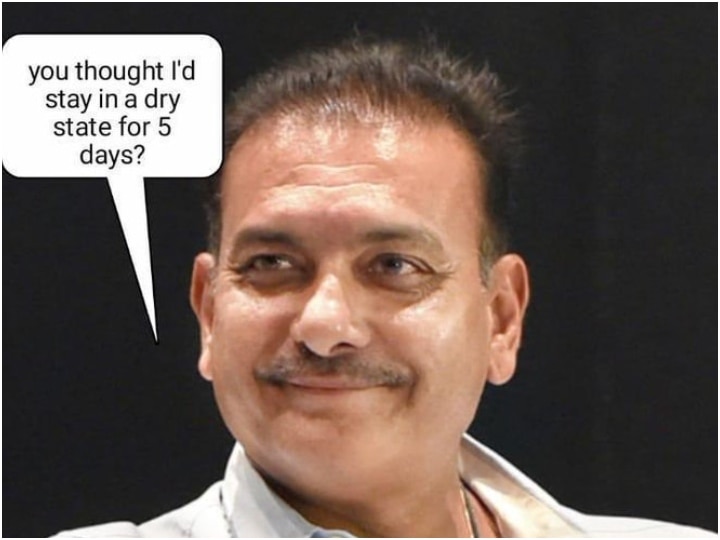 IND vs ENG: Head coach of Indian cricket team Ravi Shastri is trending on social media after defeating England by 10 wickets on the second day at the Narendra Modi Stadium in Motera. Actually, there is a ban on liquor in Gujarat and it is known as Dry State. That is why mimos are being made on Ravi Shastri by associating with it. One such meme was also shared by Indian novelist, blogger, columnist and writer Shobhaa De, who has given a brilliant answer by the head coach of the Indian team.

Actually, the memes shared by Shobhaa De on Twitter are already quite viral. In this viral video, Ravi Shastri’s caption reads, “You thought that I would be able to stay in the Dry State for five days.”

Shobha De tweeted this same meme. Shastri retweeted Shobha Dey’s tweet, writing: “I like this joke. I am happy to bring a smile on people’s face during this difficult time.”

This is how India won

On the turning wicket of Motera, India lost the toss and bowled first, bowling England out for 112 in their first innings. After this, India had scored a significant lead of 33 runs in their first innings by scoring 145 runs. After this, the English team was able to score only 81 runs in the second innings, giving India the target of only 49 runs to win, which they easily achieved without losing any wickets. Akshar Patel took a total of 11 wickets in this match.

IND vs ENG: Alastair Cook is unhappy with Virat Kohli’s statement about Motera pitch, said- It is very difficult to bat on that pitch