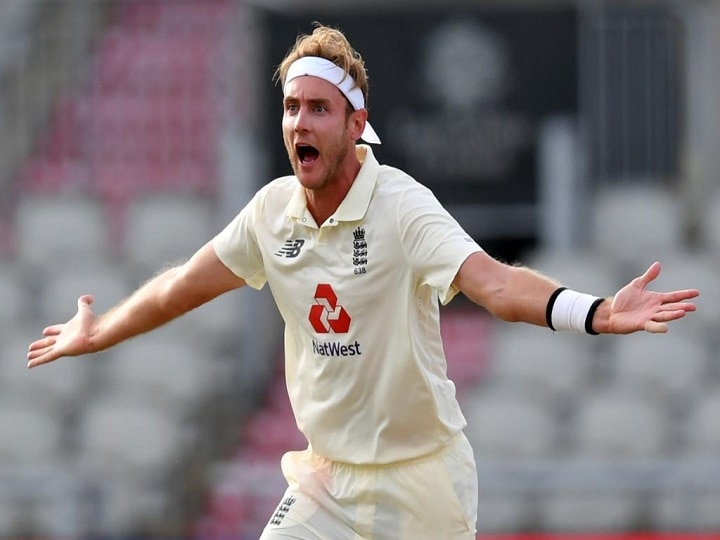 After the defeat of England in the second Test played between India and England at the MA Chidambaram Stadium in Chennai, many former English cricketers raised questions about the pitch. Now fast bowler Stuart Broad has given a reasonable answer to those who question the Chennai pitch. Broad has said that it is not right to blame the Chennai pitch after the defeat in the second Test match played with India. He also said that there was no defect in the pitch of Chennai.

Stuart Broad wrote in his column for the Daily Mail, “From our point of view it is not right to criticize the pitch of the second Test match, it helps some such hosts on home ground and you have the right to take advantage of it “The Indian team showed us a good game, they have a lot of potential players while that pitch was completely different for us.”

The fast bowler further said, “We did not do well in the match. We did not play to the best of our ability on the Chennai pitch. We do not want to disappoint ourselves too much because of this match, the Indian team in the match Showed good game. “

Please tell that former England cricketers Michael Vaughan and Ian Bell had described the Chennai pitch as bad for batting. At the same time, England’s assistant coach Graham Thorpe called it a challenge. Helpful for the spinners, on this pitch, India had scored 329 runs while batting first and dismissed England for 134 runs in the first innings. After this, the Indian team could score 286 runs in the second innings. At the same time, England team was reduced to just 164 runs in their second innings and India won the Test by 317 runs.

Significantly, the third Test between the two teams is to be played at the Sardar Patel Stadium in Motera from February 24, which will be a day-night test match. Broad believes that conditions will be in England’s favor in this pink ball match.