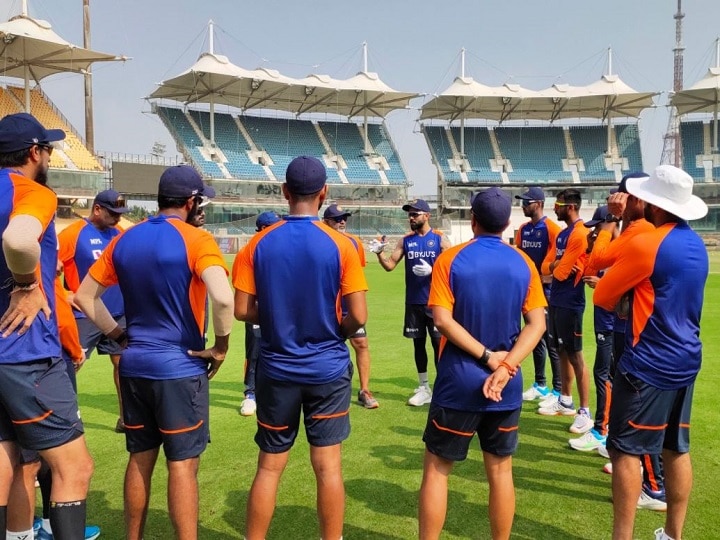 IND Vs ENG 1st Test Playing 11: The first match of the four-Test series between India and England at Chepak ground in Chennai will start from today. Team India will once again take the field under the leadership of Virat Kohli. Along with this, some faces who gave historic victory to Team India in Brisbane Test will remain out of the first Test. England’s team may also face a problem while selecting Playing 11 due to Jack Crawley’s injury in the first Test.

On the Australian tour, Team India announced Playing 11 a day before the Test match. But now the strategy has been changed. Playing 11 will be announced at the time of toss. However, Virat Kohli has given some hints about the team.

Virat Kohli has made it clear that Rohit Sharma and Shubman Gill will get an opener. Apart from this, Rishabh Pant will be seen in the role of wicketkeeper. Apart from Ashwin, Kuldeep Yadav is scheduled to play. Akshar Patel can be given a chance to make a Team India debut. Ishant Sharma is going to return to Team India after a long time.

The problem is for England

England’s team can take the field with three spinners in the first Test. However, Moin Ali will get a place in the team as an all-rounder. Apart from this, playing of leeches and bases is completely fixed. Jofra Archer will lead the fast bowling attack. Only a veteran bowler from Stuart Broad and James Anderson will get a chance in Playing 11.

Jack Crowley’s injury has created problems for England at number three. Since Bairstow will not be a part of the first Test, England may have a chance to play either Ollie Pope and Dan Lawrence for number three. Lawrence is more likely to play because he made a mark in the debut match against Sri Lanka.

IND Vs ENG: International cricket is coming back in India after a year long wait