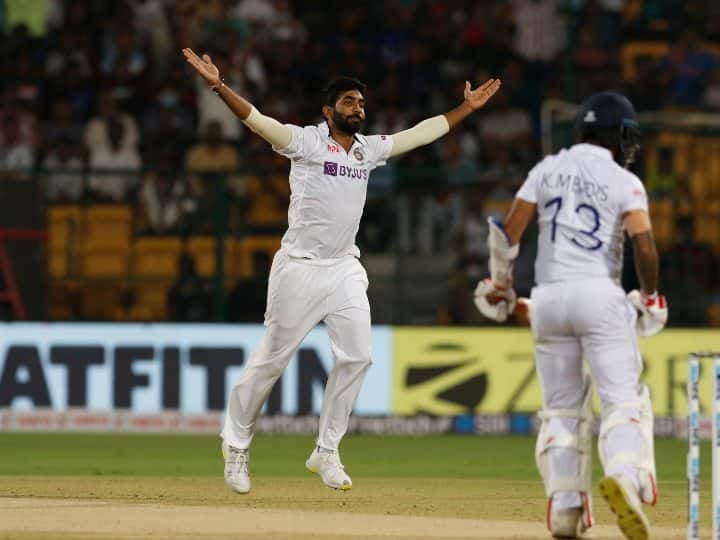 The last match of the test series is going to be played between India and Sri Lanka in Bangalore. Sri Lanka scored 86 runs for the loss of 6 wickets till the end of the first day’s play of the Day-Night Test. Jasprit Bumrah and Mohammed Shami bowled brilliantly for India. Whereas before this, Team India had scored 252 runs in the first innings till all out. Shreyas Iyer played a brilliant innings of 92 runs for India.

In the first innings for Sri Lanka, Kusal Mendis and captain Dimuth Karunaratne came to open. During this, Jasprit Bumrah got the first wicket for Team India and dismissed Mendis on a personal score of just 2 runs. Captain Karunaratne also went on after scoring just 4 runs. Lahiru Thirimanne, who came to bat at number 3, could not stay at the crease for long. He scored 8 runs off 6 balls. Thirimanne was also dismissed by Bumrah.

Dhananjaya de Silva, who came to bat in the middle order, could not do anything special. He got out after scoring 10 runs in 24 balls. Charith Aslanka got out after scoring just 5 runs. Angelo Mathews played a useful innings. He scored 43 runs off 85 balls. Mathews’ innings included 3 fours and 2 sixes.

Jasprit Bumrah bowled brilliantly for Team India. He took 3 wickets for just 15 runs in 7 overs. Bumrah also took out 3 maiden overs. Akshar Patel took one wicket for 21 runs in 5 overs. Ravichandran Ashwin conceded 16 runs in 6 overs and took out a maiden over.

Earlier, India scored 252 runs in the first innings till all out. Shreyas Iyer played a useful innings of 92 runs for the team. Iyer scored 92 runs off 98 balls. During this he also hit 10 fours and 4 sixes. While Rishabh Pant contributed 39 runs. Pant also hit 7 fours while facing 26 balls. Hanuma Vihari got out after scoring 31 runs.

IND vs SL 2nd Test: Shreyas Iyer, who was included in the special list related to Sachin-Sehwag, was out for 92 runs