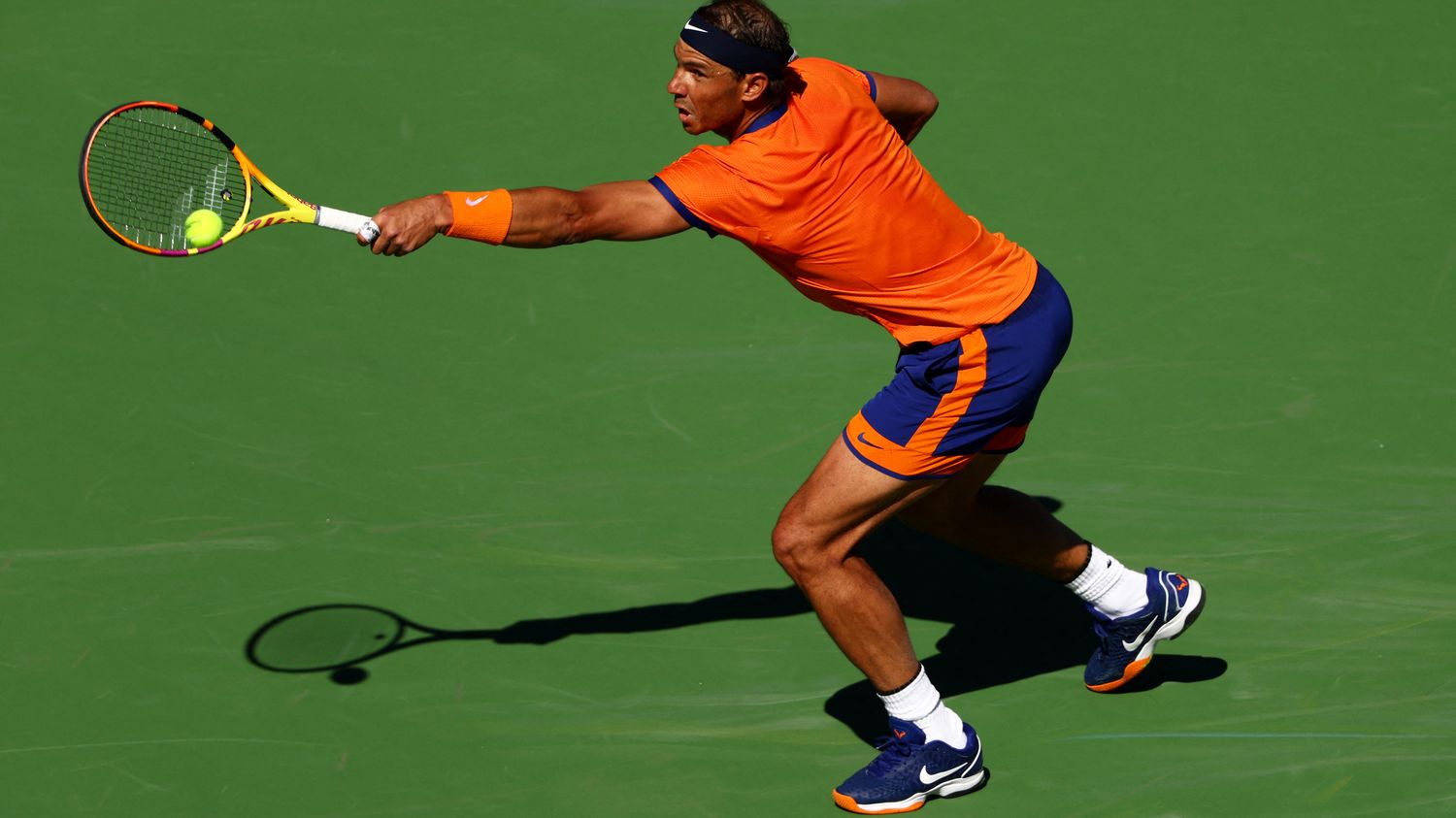 Perhaps blunted by the series of hard matches since the start of the year, the Spaniard has multiplied unusual faults against an opponent who bravely played his luck from start to finish. Daniil Medvedev had a much quieter second round.

After a stint in Acapulco where he lost in the semi-final against this same Nadal, the Russian started his new world number 1 scepter by returning to American soil, in Indian Wells, on Saturday March 12. The 2021 US Open winner quietly won in the second round against young Czech qualifier Tomas Machar.

Opposed to the son of the former 1998 Australian Open winner, the Spaniard suffered a huge air hole in the second set when he seemed in total control. After a smoothly conducted first set, Nadal suddenly sank at once. Nothing foreshadowed this sudden drop in level, nor any apparent physical glitch, nor the playing conditions, which were ideal in this case. Still, the son of Petr Korda was quick to inflict a scathing 6-1 on Mallorca, his first set lost since the second set of the Melbourne final against Medvedev.

With two winners for 15 unforced errors during this nightmarish round, the man with 21 Grand Slam titles could not stop there. However, he stubbornly forced the exchanges by trying to hit less bombastic than usual and, almost inevitably, he ended up giving up his engagement at 2-2, then a double break at 4-2. Powerless, visibly exhausted psychologically, he clearly did not seem able to gratify the Californian public with yet another comeback. And yet.

Tightening the game and his teeth, Nadal resumed his two services against a nervous Korda, and managed to take the American into a decisive game where, once again, his will to win would prevail (7 points to 3) . And sixteen wins in a row this season for the Spaniard, still undefeated, who will face the Briton Daniel Evans in the third round.

Medvedev and the management of a double-edged status

Modest 158th in the world, Machar did not have much other than his courage to oppose the Russian. With 73% of first serves and 80% of points won behind them, Medvedev was able to quickly take cover. His new status, and his current form, may legitimately lead him to aim higher than a fourth round, his best result obtained so far in Indian Wells. However, the 26-year-old Russian recognizes that his place at the top of the hierarchy is a double-edged sword: “It’s a lot of pressure, but also a lot of motivation.”

In the next round, the Muscovite will face the winner of the duel between Filip Krajinovic and Gaël Monfils scheduled for the night of Saturday to Sunday (French time).