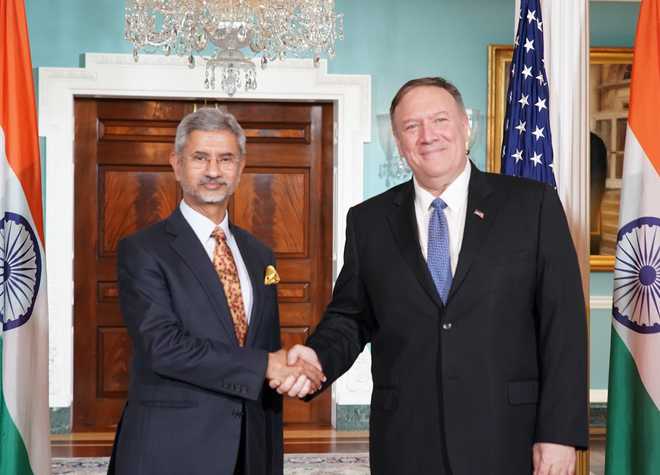 The Indo-US Two Plus Two meeting of Foreign and Defense Ministers will be held towards the end of the year with the dates yet to be finalized, said Ministry of External Affairs spokesperson Anurag Srivastava.

There was speculation that the two plus two could take place this month, close on the heels of the Quad Foreign Ministers’ meeting in Tokyo held earlier this week. However, US Secretary of State Mike Pompeo mentioned after meeting External Affairs Minister S Jaishankar that he was looking forward to an India visit towards the year-end.

Srivastava said in keeping with the MEA’s standard procedure, an announcement would be made closer to the event. This will also be the case for other high-level multilateral summits such as BRICS, SCO and G-20 where PM Narendra Modi and Chinese President Xi Jinping will share the stage or a video-screen.

The Indo-US Two Plus Two is being seen as especially important as Washington wants India to sign a military pact that can be the precursor of more intimate military ties at a time when the Indian Army is locked in a standoff with the PLA on the LAC .