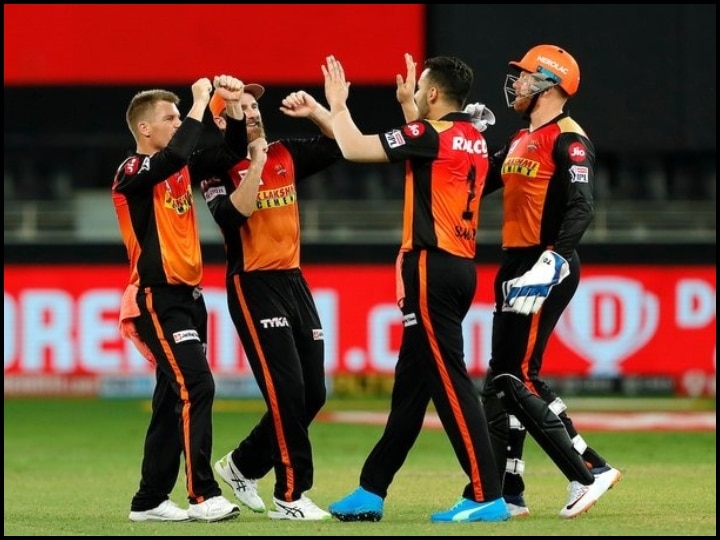 After the match between Sunrisers Hyderabad and Kings XI Punjab, the points table was once again upset. Hyderabad’s win puts him at number three in the points table. At the same time, Punjab’s team, which has lost its fourth consecutive match, is the last rung. The first number is occupied by Mumbai Indians based on net run rate. Delhi Capitals is at number two and Kolkata Knight Riders at number four. Mumbai-Delhi have won four matches, while Hyderabad, Kolkata and Bangalore have won three matches each.

Punjab’s path to play off difficult

England opener Johnny Bairstow hit a 97-run knock off 55 balls with the help of six sixes and seven fours. At the same time, captain David Warner scored his 9th consecutive fifty against Punjab. He scored 52 runs in 40 balls. With this, both batsmen have come in the top-5 in terms of scoring the most runs. Both batsmen have scored 241 and 227 runs respectively, playing six matches. Punjab captain KL Rahul is frozen on the orange cap. He has scored the highest 313 runs so far.

Rashid Khan is being overshadowed by the batsmen

Delhi Capitals fast bowler Kagiso Rabada retained the purple cap with 12 wickets. Mumbai’s fast bowler Jasprit Bumrah is on second place, taking 11 wickets. Mumbai bowler Trent Boult (10) is at number three, James Pantison (09) at number four and Punjab bowler Mohammad Shami (09) at number five. Sunrisers Hyderabad’s star spinner has reached number six with eight wickets. In this IPL, no batsman is going ahead of Rashid Khan. Rashid has given runs at an economy rate of 4.83. It is very difficult to keep this economy rate in T20.

IPL 2020: Against Punjab, Johnny Bairstow and David Warner make a break, it becomes the first pair to perform