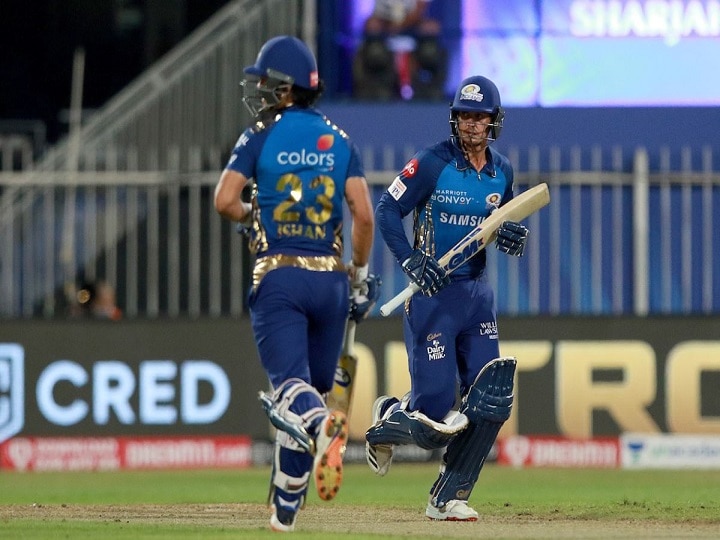 In the 13th season of the Indian Premier League, Mumbai Indians have confirmed their performances and confirmed their place in the play-offs. In the match played at the Sharjah Cricket Stadium, Mumbai limited Chennai to 114 runs by losing nine wickets in 20 overs and then took the match by 10 wickets. On Friday, the Mumbai Indians team landed on the ground without their regular captain Rohit Sharma. Pollard, who captained Rohit’s absence, expressed happiness over the team’s performance.

The Super Kings have lost for the first time in the IPL by a margin of 10 wickets. Earlier in 2008, he was defeated by the Mumbai Indians by nine wickets at the Wankhede Stadium. After the match, Pollard said, “We wanted to get them out in the 100s, but Sam Curran batted well. I think it’s a team effort as a whole. Three-four wickets in the beginning will bring you to the match.” Give. “

Mumbai Indians intend to remain in the top two. Pollard said, “Our opening pair also did well. They did not have any kind of uncertainty. We want to reach the top-2. It depends on the points.”

Regarding his captaincy, Pollard said, “This is part of the game. Sometimes you don’t have to be a leader to be a leader. I know a few things. So for me it’s a matter of coming in and doing what I did today.”

Let us know that the team of Mumbai Indians has won seven of the 10 matches played so far. With 14 points and a better run rate, Mumbai Indians are in the first place in the points table.

CSK vs MI: Chennai Super Kings captain MS Dhoni made this big statement after the defeat against Mumbai