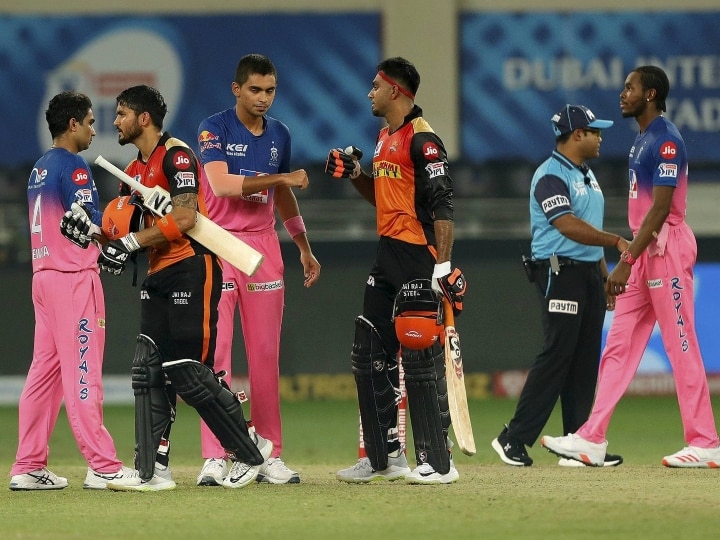 new Delhi: In the 40th match of the Indian Premier League 2020, the Sunrisers Hyderabad team retained the hopes of going into the playoffs by defeating Rajasthan Royals by eight wickets. However, it is now very difficult for the Rajasthan team which has lost seven out of 11 to go to the playoffs. After this match, there is no impact on the top four teams in the table, but now the road ahead for Rajasthan is finding extremely difficult.

Rajasthan had to bat after losing the toss in the match held on Thursday night. However none of the batsmen of this team captained by Steve Smith failed to play long innings. As a result, the team was able to score 154 runs at the loss of 6 wickets. Sanju Samson scored the highest 36 runs for Rajasthan.

Hyderabad started off chasing the target of 155, but also started poorly. His two key batsmen David Warner and Johnny Bairstow were out early. But then Manish Pandey (83) and Vijay Shankar (52) won their team in a crucial match while remaining unbeaten.

With this victory, the Hyderabad team has now managed to win six out of 10 matches and has reached the fifth position from the seventh position in Antalika. While Rajasthan’s team has dropped from sixth place to seventh. To go to the playoffs, Rajasthan will now have to win all their remaining matches as well as it will also need the net rain rate and luck.