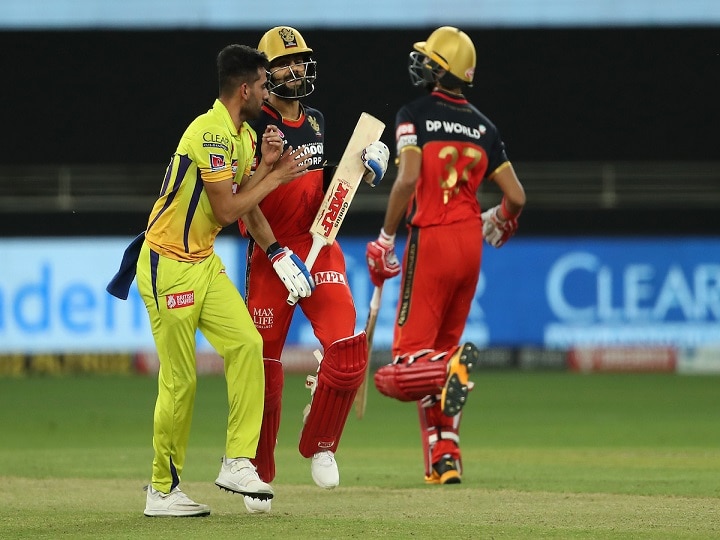 RCB vs CSK: In the first match of Super Sunday, Virat Kohli and MS Dhoni will be face to face. The match between Royal Challengers Banglero and Chennai Super Kings will be played at Dubai International Cricket Stadium from 03:30 pm. In this season, when these two teams had come face to face earlier, Bangalore had won. In such a situation, Chennai would like to avenge the previous defeat.

For Chennai, spin bowler R Sai Kishore can debut in this match. Sai Kishore’s figures in T20 cricket are very impressive. Apart from this, KM Asif can also be included in the team. At the same time, the team of Royal Challengers Bangalore can enter this match without any change.

The weather will be perfectly clear in this match played at Dubai International Cricket Stadium. However, the players will also have to face severe heat here. This is an afternoon match, in which case dew will no longer be played. The team that wins the toss can decide to bowl first.

The Dubai International Cricket Stadium is completely different than the Sheikh Zayed Cricket Stadium in Abu Dhabi. This is a very big ground in terms of size. But here the spinners can get some help. In such a situation, both teams can land on the ground with two main spin bowlers.

Our match prediction meter says that Chennai Super Kings will win in this match. However, the match is likely to remain closed.