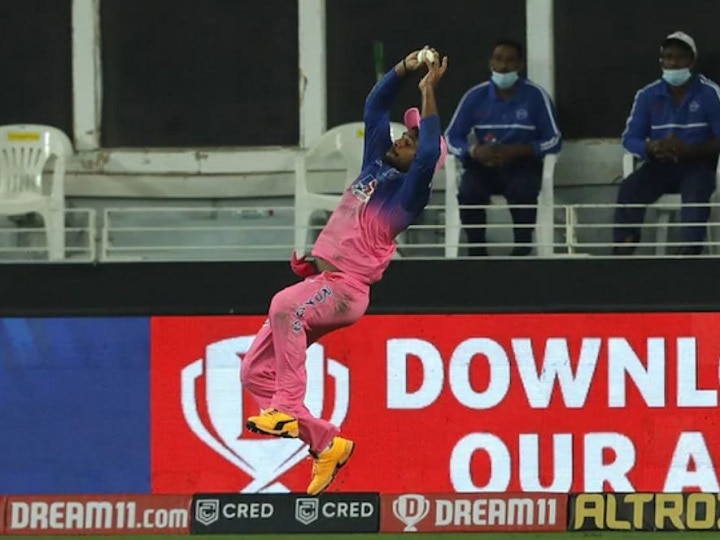 In the Indian Premier League season 13, the Rajasthan Royals team lost to Kolkata Knight Riders by 37 runs. Rajasthan Royals, playing their third match in IPL 13 on Thursday, is their first defeat in the tournament. Sanju Samson, who was the hero of Rajasthan Royals victory in the last two matches, failed in the match against KKR and managed to score only 8 runs. However Sanju Samson caught a wonderful catch during fielding.

Sachin Tendulkar also remembers his anecdote after watching fielding Sanju Samson. Sachin further wrote, “I know how much it hurts when your head hits the ground like this. I have experienced this. In the 1992 World Cup against West Indies, my head also hit the ground while catching a catch.

Let us know that despite Sanju’s brilliant catch in this match, the team of Rajasthan Royals felt disappointed. KKR’s team, batting first, scored 174 runs at the loss of 6 wickets. But the Rajasthan Royals batting failed completely and the team was able to score 137 runs for the loss of 9 wickets in 20 overs.

RR vs KKR: Dinesh Karthik said after the win- I will not call it perfect, many things need improvement