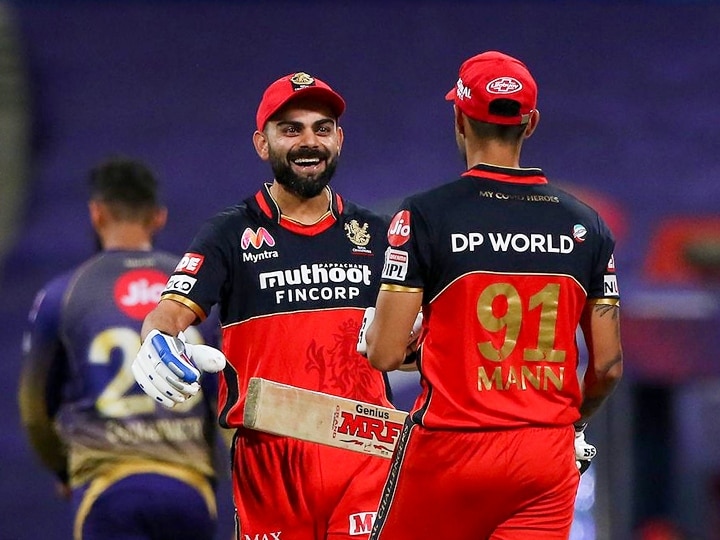 new Delhi: Virat Kohli’s Royal Challengers Bangalore defeated Kolkata Knight Riders by eight wickets in the 39th match in the Indian Premier League on Wednesday. With this victory, Virat’s team also jumped into the table and, after pushing Mumbai down, has itself occupied the second position.

So far this season has been fantastic for Royal Challengers Bangalore. This team, captained by Virat, has now played 10 matches in the season, with 14 defeats and seven wins, the team has scored 14 points in its name. The net run rate of RCB has also increased to +0.182. Now Rohit Sharma’s Mumbai has slipped to second place. However, if Mumbai wins its next match, then it will again reach the first position.

This season, Delhi Capitals occupy the first position on the strength of their best game. Delhi has also won 7 out of 10 matches. After the crushing defeat from RCB, now KKR seems to be facing difficulties. KKR’s team, which has won five matches in 10 matches, has 10 points.

Let us tell you that in front of the deadly bowling of RCB in the match held on Wednesday night, the Kolkata team could score only 84 runs after the first play. In response, RCB easily chased down the target at the loss of two wickets in 13.3 overs.