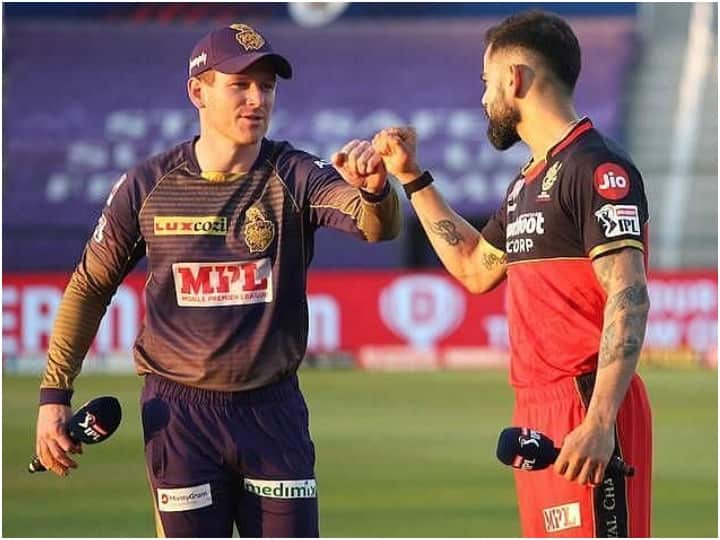 Royal Challengers Bangalore vs Kolkata Knight Riders Eliminator: Tomorrow i.e. on Monday, the Eliminator match will be played between Royal Challengers Bangalore led by Virat Kohli and Kolkata Knight Riders led by Eoin Morgan. Virat Kohli’s strategic skills and Eoin Morgan’s patience will also be put to the test when RCB, in their quest for their maiden title, take on KKR in the Eliminator match on Monday.

On the other hand, Eoin Morgan has a challenge to regain the lost reputation of KKR. The team won the title twice under the leadership of Gautam Gambhir within three years between 2012 and 2014. But since then the team has not been able to reach the final even once.

Even though both the teams are equally strong on paper, but in terms of statistics, KKR have a bit of an upper hand. He has won 15 out of 28 matches played between the two teams. However, RCB are full of confidence after registering a last-ball six against Delhi Capitals in their last league match. She finished third in the points table with 18 points from 14 matches.

KKR, on the other hand, won five out of seven matches in the UAE leg after a poor performance in the first leg and finished fourth with 14 points. Morgan’s team secured a place in the playoffs with a massive 86-run win against Rajasthan Royals and will look to maintain their momentum going forward. But the past records on the field will not matter much and the team that performs well at crucial times in the match will register a win. Both Kohli and Morgan know this very well. Both the captains have good skilled players.

Apart from Kohli, RCB has strong batsmen in the form of AB de Villiers, Glenn Maxwell and Devdutt Padikkal. Sreekar Bharat’s good performance is a positive sign for the team, but the team needs to find the right combination in which it has failed so far. Wicket-keeper batsman Bharat scored an unbeaten 78 off 52 balls in the last match of RCB and hit the winning six off the last ball. Maxwell has played an important role for RCB. This Australian batsman has scored 498 runs in this season.

Harshal Patel has performed brilliantly in bowling. He took 30 wickets in 14 matches, including a hat-trick against Mumbai Indians. Mohammad Siraj and George Garten have been impressive while Yuzvendra Chahal has given a befitting reply to his critics with 16 wickets.

This can be the playing XI