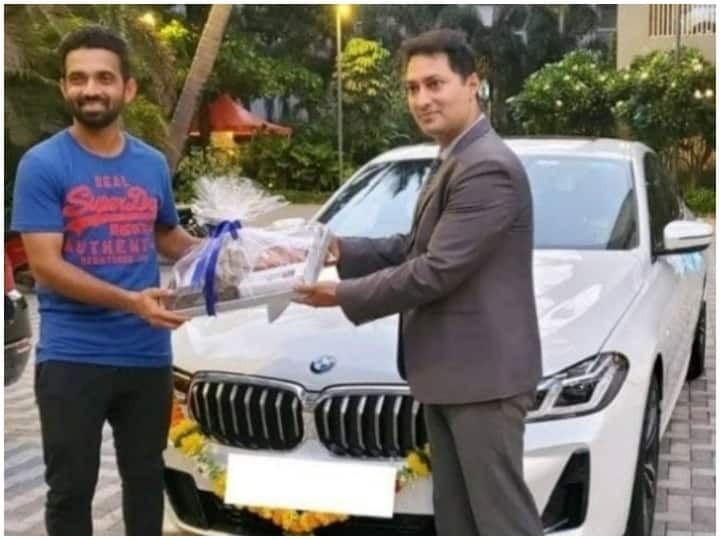 IPL 2022: Former Indian Test team vice-captain Ajinkya Rahane’s car collection has increased. Now another car has been added to his collection. This car reached Ajinkya Rahane as soon as it was out of the bio bubble of IPL. Rahane was playing for Kolkata Knight Riders in this season of IPL. His team is now out of the playoffs. Rahane’s performance this season was also not special. This is the reason why he had to sit outside in some matches.

Collection of many cars
Rahane has bought a Series 6 model of BMW Car. He has bought the 630i M Sport variant. This sport car of Rahane is white in color and its ex-showroom price is around Rs 70 lakh. It was launched only last year. Let us tell you that Rahane has a collection of many expensive cars. He has an Audi Q5 in which he has been seen several times. Many Indian players have BMW’s Series 6 car. Last year itself, Prithvi Shaw also bought a BMW 630i M Sport car.

Rahane was weak this season
In the mega auction held before IPL 2022, Rahane was bought by Kolkata Knight Riders for Rs 1 crore. Earlier in IPL 2021, he was playing for Delhi Capitals. This season Rahane batted as an opening batsman for KKR. However, this season he was out of the tournament due to injury. Rahane played 7 matches in IPL 2022. During this he scored 133 runs at an average of 19.00 and strike rate of 103.90. His highest score in the 15th season is 44 runs. He hit 14 fours and 4 sixes this season.

IPL 2022: Wasim Jaffer’s reaction came to the fore on Dhoni not retiring, shared this special video