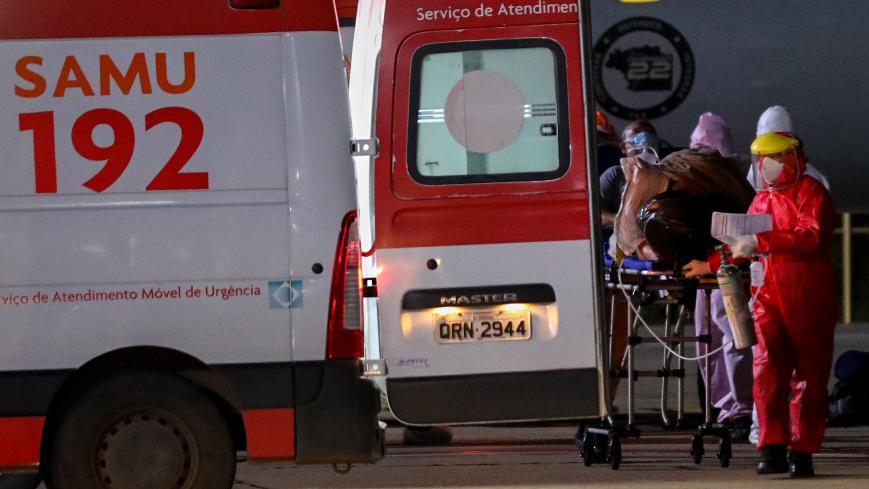 Professor Jean-François Delfraissy spoke of “evil virus”. When we see his evolution and his ability to adapt, we can wonder if he has not indeed decided to make us live through hell. Brazilian (including the University of São Paulo), British (University of Oxford, London School of Hygiene and Tropical Medicine) and American (Harvard University School of Public Health, University of San Francisco) researchers have just given a analysis of the situation in Manaus, Brazil. In The Lancet, they show that we are far from being out of the woods.

For the past month, the city has been in the throes of a strong resurgence of covid cases, with more than 200 hospitalizations per day, so more than in the spring of 2020. However, last October, a study published in Science from a thousand blood donors in the city showed that 76% of them had been infected with the coronavirus. Usually, with 60-70% of a population already affected, group immunity is achieved and the virus no longer circulates since it very often falls on a person who is no longer sensitive to it.

As good researchers, they first wondered if there were indeed 76% of the inhabitants who had been affected during the first wave and if we were not rather around 50%. They recommend redoing more in-depth serological analyzes to find out. But even with only half of the city infected, there shouldn’t be so many new cases. To explain it, scientists understood that antibody levels fell as early as December in donor blood tests. The cases of re-infections recur more than 6 months after the first wave of the epidemic in the city. Proof, for them, that you should not believe yourself immune for life once you have had covid.

The scientists’ latest hypothesis is that the so-called Brazilian variant has mutations similar to that of South Africa. It bypasses the immunity acquired by people who already had covid last year, the antibodies developed after this first infection are therefore ten times less powerful against the variant. For now, little is known about its contagiousness or if it gives more symptoms.

Expect similar scenarios in places other than Manaus

Therefore, one should hardly bet on natural group immunity to put an end to the epidemic. The researchers recommend following the evolution of this variant everywhere. The big question now is: will this variant also bypass the immunity of the vaccines we have today? Will they have to be reformulated so that they teach our immune system to recognize it and to defend itself against it? Results should fall soon since AstraZeneca’s vaccine has been tested in particular on patients in Brazil.