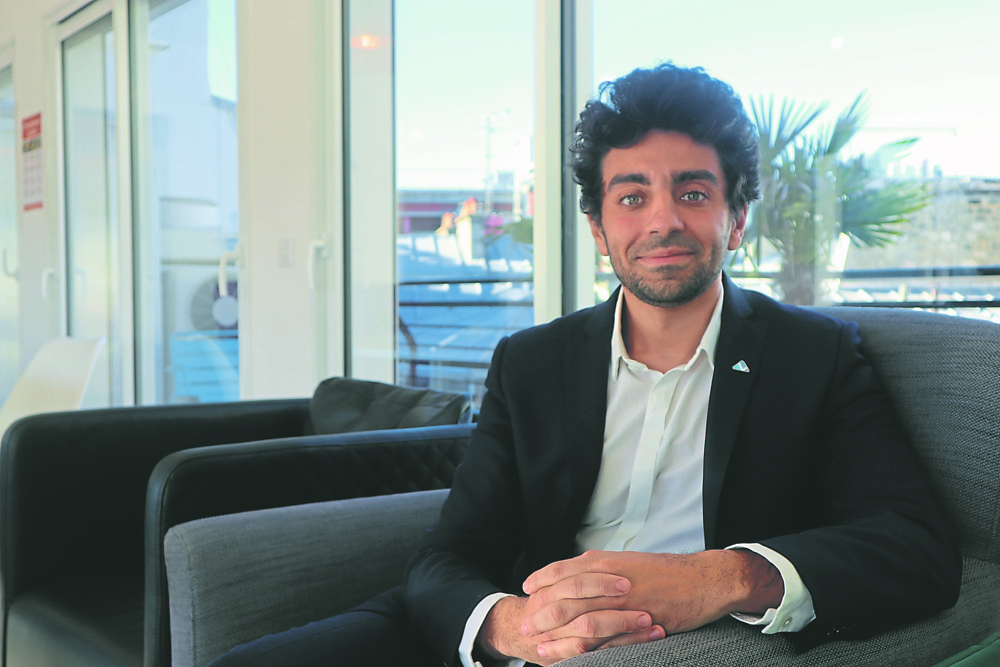 International was a major step in the career and success of Ismaël Ould, the founder of Wynd. “Carrefour is the first customer to have taken me abroad, to Dubai,” remembers this 33-year-old boss. I told myself that I could bring value 6,000 kilometers from home. ”

Founded in 2013, Wynd now has nearly 400 employees. Its software solution allows retail businesses to unify physical and digital sales: management of in-store checkouts, management of physical stocks, preparation and delivery of orders, and even making appointments. In 2021, the turnover should largely exceed 50 million euros, confides its founder, without wanting to say more.

Wynd’s client portfolio has grown over the years to more than 80 names. The world leaders Total, LVMH (owner of the Les Echos group), Orange, Fnac Darty and Decathlon have enabled it to open up to around twenty countries. The Moroccan subsidiary Wynd Africa is the latest establishment of the group which also works with local distributors such as, recently, with Sonae, in Portugal.

“The international is the big test for a company, continues Ismaël Ould. It implies a questioning of its model to adapt to another culture, different consumption patterns but also labor legislation, investment or tax rules. Last Sunday, I was working with my teams in Dubai because it’s a day like any other there! “According to the entrepreneur, this adaptation is based above all on exchange:” We must recruit locally and collaborate with local partners to teach them but also so that they teach us. “

While Wynd’s expansion has so far focused on Europe, the Middle East and the Maghreb, it is now also targeting Asia. “Countries like South Korea, Japan and Thailand want to free themselves from the battle between the Chinese Alibaba and the American Amazon and they are seeking European players. But on the other hand, no project towards the United States. “All of our competitors are already there and we have better opportunities on the Asian market,” says the founder.

A French Tech start-up of the future

After raising 72 million euros in 2019, the start-up experienced a boost, concluded in May 2021 with the takeover of Symag, a subsidiary of BNP Paribas. The company was even a little bigger than Wynd, with nearly 200 employees and 25 million euros in turnover. This delicate merger – a merger is always delicate – does not disturb the entrepreneur, son of a shopkeeper and hotelier who took part, very young, in “the family entrepreneurial adventure”.

Ismaël Ould admits to having a down to earth relationship with money. “You have to see money as a consequence of daily work. Behind, there are investment projects and clients. “The entrepreneur is guided by a maxim, slightly revised:” money well managed is time. “

So when it comes to the sources of his success, the 30-something obviously evokes his professional entourage but above all a keen sense of anticipation and projection: “Today, the challenge is to sustain our growth. The more capital we have, the more we diversify our activity by adopting a long-term vision. ”

Wynd is now one of the very prominent French Tech companies. In 2020, it joined the list of start-ups of the future, the Next 40. “Entrepreneurship gives a lot of humility and I only learn from my peers,” explains Ismaël Ould, who says he talks regularly with the other bosses of the Next 40. There is enormous solidarity in the Parisian ecosystem due to a strong feeling belonging to French Tech. When a company performs or signs large contracts like OVH or Doctolib, it benefits everyone by attracting customers and investors. ”